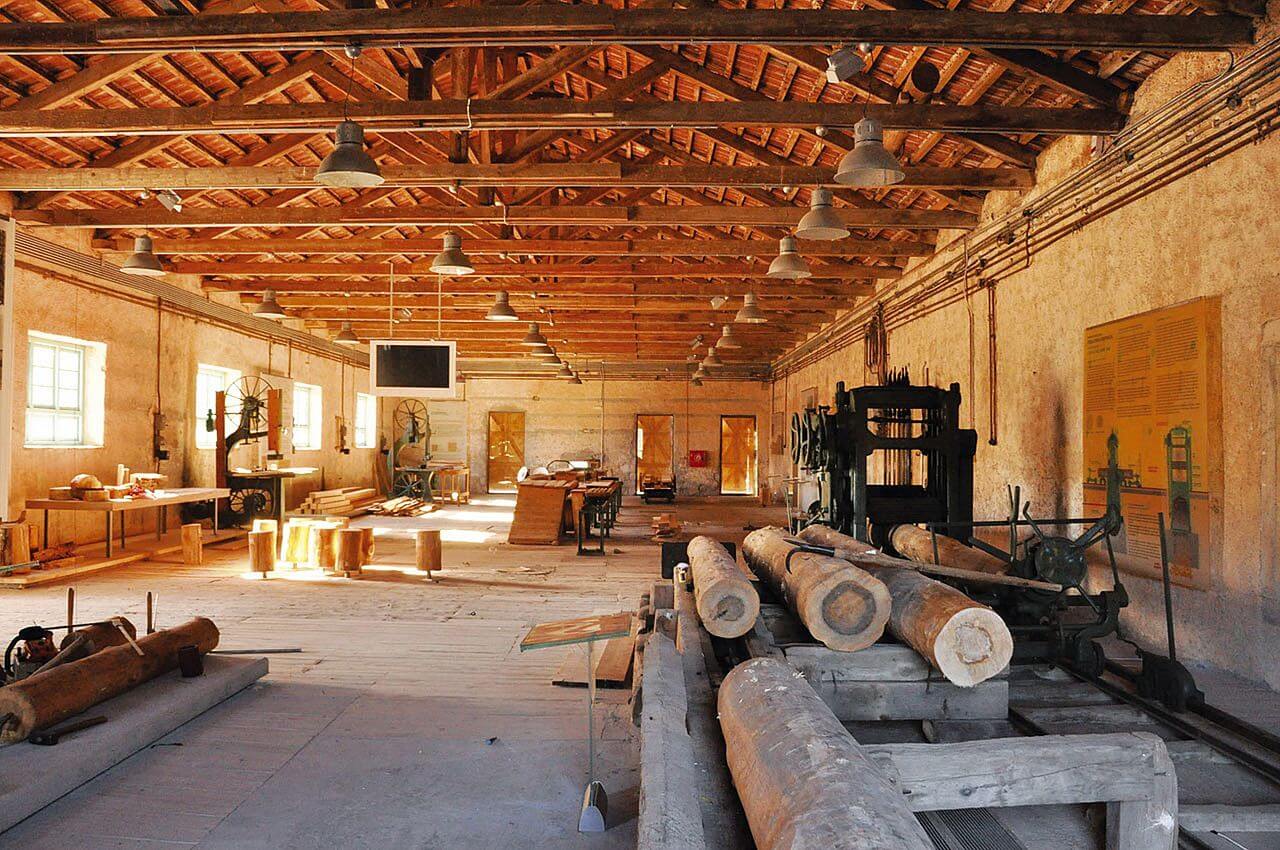 Chrysovitsi was a big lumbering center. In 1939 it was built here a large timber factory which played an important role in the economy of Arcadia. Here, later, in this plant, housed the Mainalon Forest History Museum.

This is a place that outlines the first steps of the industrial revolution in the Arcadian space. While highlighting the importance of the great mountain Mainalo in history. Indeed, the Mainalo has played an important role in the Arcadian story. Whether as a hideout and base of outlaws Arcadians either as a provider of raw materials, such as forest material.

The Mainalon Forest History Museum operated tools and reporting practices logging and processing of woods. Thus revives an entire page of Arcadia.
Are also environ- mental awareness seminars together on the issue of protecting the forest and the rational use of raw materials. A new special museum has been created in mountainous Arcadia.

There, in the heart of Mainalon, in Kolokotronis hideouts, Falanthos city was inspired and made the idea into reality, creating the Mainalon Forest History Museum.

It is a modern museum that highlights, in addition to forest history of the mountain, the first steps of the industrial development of the site, now a historical remembrance for locals and for those who wish to visit an environmental education center.

The Museum of Forest History Mainalo hosted at the premises of the old wood factory in Chrysovitsi in the center of the impressive forest Mainalon.

Modern forest Mainalon story begins with the establishment of Coillte Teoranta in the newly established Greek state in 1836. The Forestry Gortyna, Dimitsana, is one of the 32 that were operated for the first time in free Greece.

In En Archi the houses have been restored with modern certified building materials, while the traditional techniques were left unspoilt giving to the hotel the rustic coziness and authentic famous local hospitality.

The beautiful rooms and exquisitely decorated villas of the Nafplia Palace Hotel welcome you with their colors, their textures, and their ambiance.

Arty Grand Hotel , built in the hill above Ancient Olympia, exhales the good taste and the high aesthetics of the persons that created it. Its particular physiognomy and its tastefulness is something that you experience with all your senses from the first moment that you will find yourself in its spaces. From the reception hall, up to the comfortable, luminous rooms with the beautiful verandas and luxurious suites. From the spa and the swimming-pool for reinvigoration and well being, up to the restaurant or the bar, in order to you enjoy the food, the drink or your coffee. Arty Grand Hotel has been carefully made up to the last detail. The philosophy and the mission of Arty Grand Hotel are immediately interwoven with the welfare and the well-being. The professionalism with the seal of know-how in the space of sea-treatment created a new center of invigoration and beauty. Your stay in the ultramodern installations, give you the possibility for a completed package of luxurious vacations that combines the holistic relaxation of soul and body. Our day in Arty Grand Hotel begins in the sunny breakfast room with the big veranda, that plays with the colors of olive, light green, […]