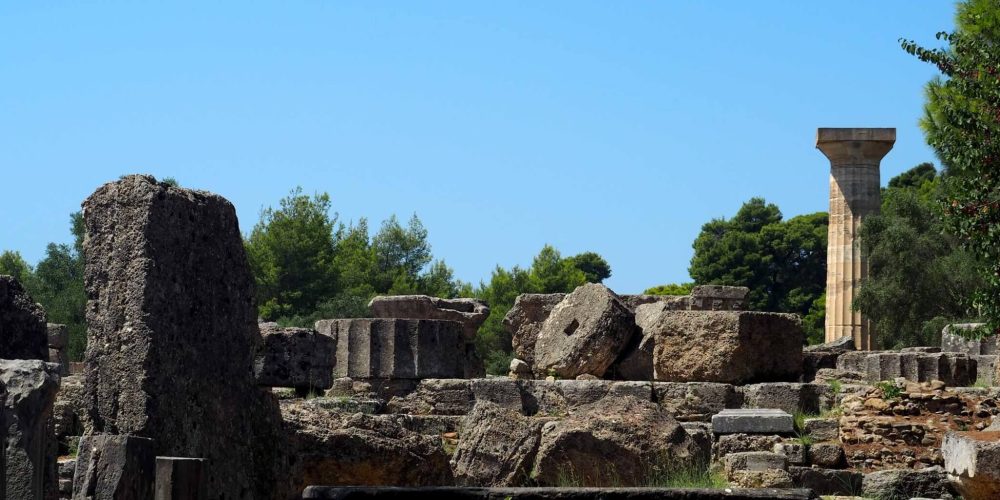 Birthplace of the Olympic Games and the most well-known sanctuary of ancient Greece, the Ancient Olympia is one of the top attractions you must visit if you travel to Peloponnese. The Ancient Olympia is located in Ilia (Elis) in the western side of the Peloponnese peninsula, in the valley of Alphios river, at the foot of Mount Kronios.

in the archaeological site

The findings in the archaeological area of Olympia go back to the fourth millennium B.C. and the Neolithic period. The first sanctuary was created during the Mycenean period and was dedicated to local and panhellenic gods. During the 9th century B.C. the Olympia was devoted to the worship of Zeus. Until the 5th century B.C. the most important buildings of the sanctuary were developed, such as the Temple of Zeus, the Boulefterion, the Temple of Hera and the Prytanion. During the Roman era some of the buildings were refurbished, new buildings were built, and various treasures were removed to be used in Roman villas as decoration.

of the Ancient Olympia

The Olympic Games were held until 393 A.D. and a few decades later the sanctuary was destroyed, as per the commands of Theodosius II. In the fifth century was developed a small settlement and Phidias’s workshop was turned to a Church. A hundred years later two earthquakes caused the destruction of several buildings including the Temple of Zeus. During the following centuries, the site was buried in deep mud, to be rediscovered in 1766. The French Scientific Expedition of the Peloponnese started excavations in 1829 and removed artifacts to the Louvre. In 1875 the German Archaeological Institute started systematic excavations that still continue, while buildings and monuments are restored.

Book Hotels near the Ancient Olympia

The Olympic Games were dedicated to the worship and celebration of Zeus and were held from 776 B.C. to 393 A.D. gathering the best athletes from the whole ancient Hellenic world to participate in various athletic competitions, such as running, boxing, wrestling, pentathlon, horse race, and pankration.

Nowadays, the site of the Ancient Olympia is still a part of the Olympic Games, since every Olympic torch relay begins here, after the ceremony of the Olympic flame’s lit. Also, Olympia hosts the International Olympic Academy, an institute that aims at studying, enriching and promoting Olympism. 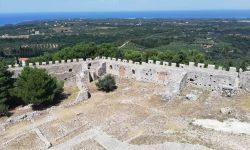 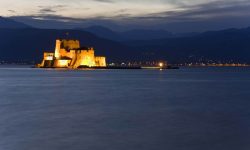 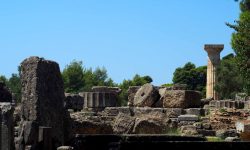 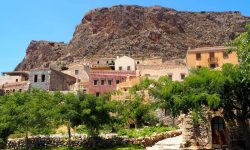 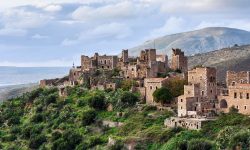