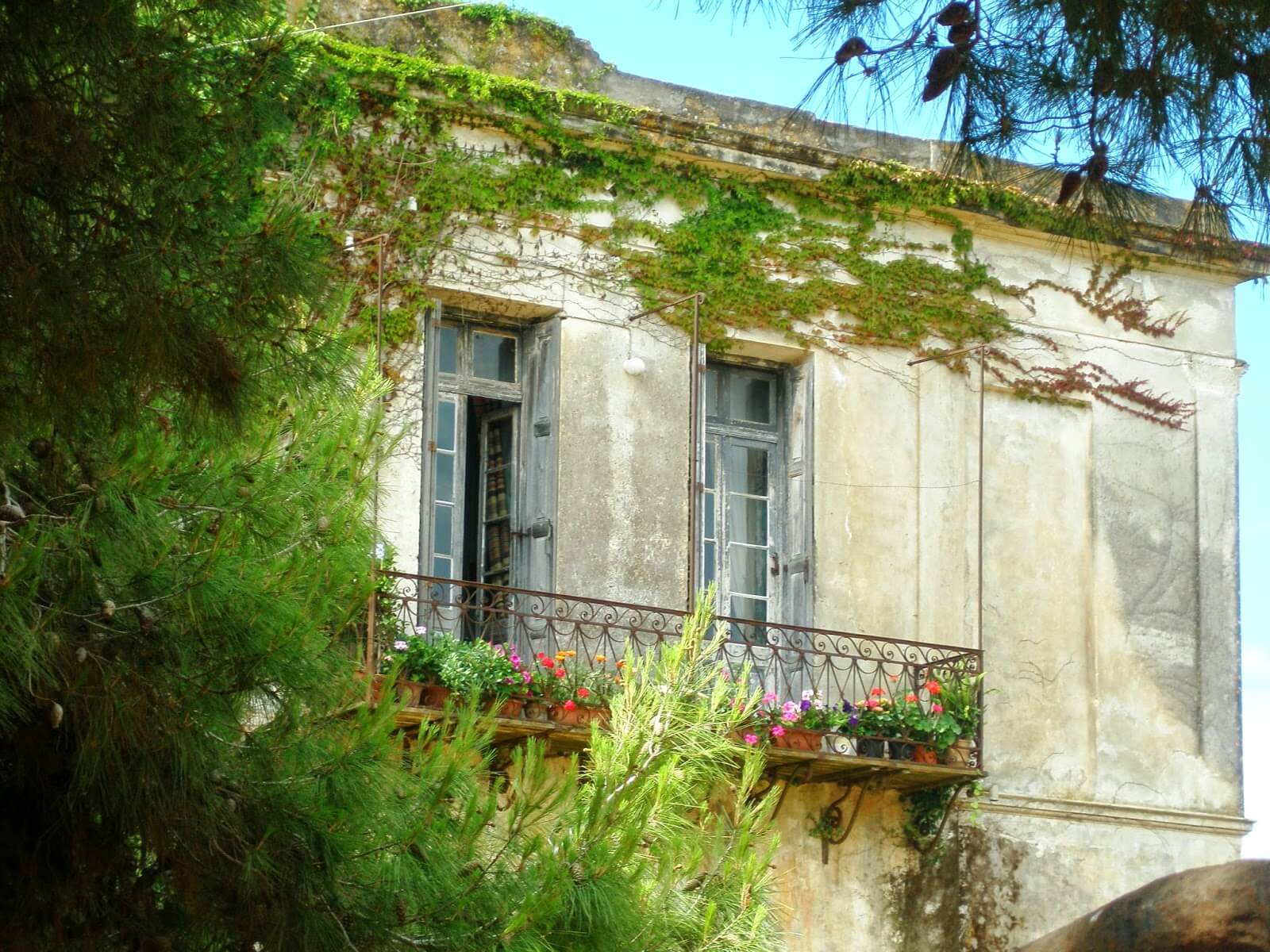 Mercouri Estate is in the West. Peloponnese on the plateau of Cape Pisces, in the area Tower Karakohori municipality, very close to the port of Katakolo and approximately 30 Km from Ancient Olympia.

It is an old farm with a history of 140 years in wine production, olive oil, and previously currants. The story begins in 1864, when Theodore Merkouris buys his first hectare of land, and installad the first vineyard dates from the year 1870, when arriving from North. Italy cuttings of the variety «Refosco».

Later, in the late 19th century, the estate’s wine was exported object in Europe. Boats era dock from time to time in the small cove of the estate, to load the full red oak wine barrels with the port of Trieste.

Meanwhile, the vineyard of the property, which will quickly become renowned in Ilia, feeds for many decades the surrounding area with grafts of Refosco variety or “Mercouri” as it will be known locally.

In 1930, Leonidas Th. Merkouris creates, in the land, a modern for its time winery with underground tanks about 300 t, which remained active until 1960.

Since 1985, the third and fourth generation of the family begins a new, systematic effort tinanaviosi of the wine-growing estate activity, the production of standard wine.

As part of this effort regrouped and modernized the old facilities of the winery, new buildings are added, replaced the machinery with modern winemaking equipment, renewed and expanded the vineyards with new plantings, and the Mercouri Estate take the legal form of a family SA.

Today Mercouri Estate SA run by brothers Vassilis and Christos Kanellakopoulou, members of the fourth generation of the family.The vineyards of the Estate Mercouri is focused around the family houses and in two other neighboring sites.

Covering a total area of approximately 160 hectares located in a region where the soil and climatic conditions are particularly suitable for
the production of quality wines.

All vineyards and other crops of the estate, have been included in the Integrated Farming System.

Everything here at Notos started in 1997. The idea was to build a boutique hotel that would be intimate, natural, unique. The best location was chosen, giving priority to a setting which would be harmonious and peaceful.

The Arxontiko Guesthouse overlooks Byzantine Mystras and the valley of the Evrotas river, in addition to the city of Sparta and the surrounding villages as far as Mount Parnona, whereas in the West, it enjoys wonderful views of Mount Taygetos.

Set upon a slope covered with pine trees in Trikala Korithias, the stone-built Pigi Tarlampa offers traditionally decorated suites with unobstructed views of the corinthian Gulf or Mount Ziria and the village. It features a bar and restaurant with local delicacies. Featuring warm colours, stone details and wrought iron beds, all suites at the Pigi Tarlampa have a fireplace and seating area. Each includes a flat-screen TV and free Wi-Fi. The elegant bathrooms are stocked with luxury toiletries. Duvet feathers are provided. A breakfast buffet is served in the dining area and includes fresh eggs, juices and cheese. Drinks and coffee can be provided at the bar. The ski centre of Ziria is 6 km away from the hotel. A horse riding centre is nearby. Pigi Tarlampa Hotel has been welcoming guests since 18 Oct 2010 and has 21 rooms.

Αfter you passed the thousands of Byzantine churches, enjoy the wild nature of Mani and as you leave behind the caves and gorges, you arrive at Kyrimai Hotel.