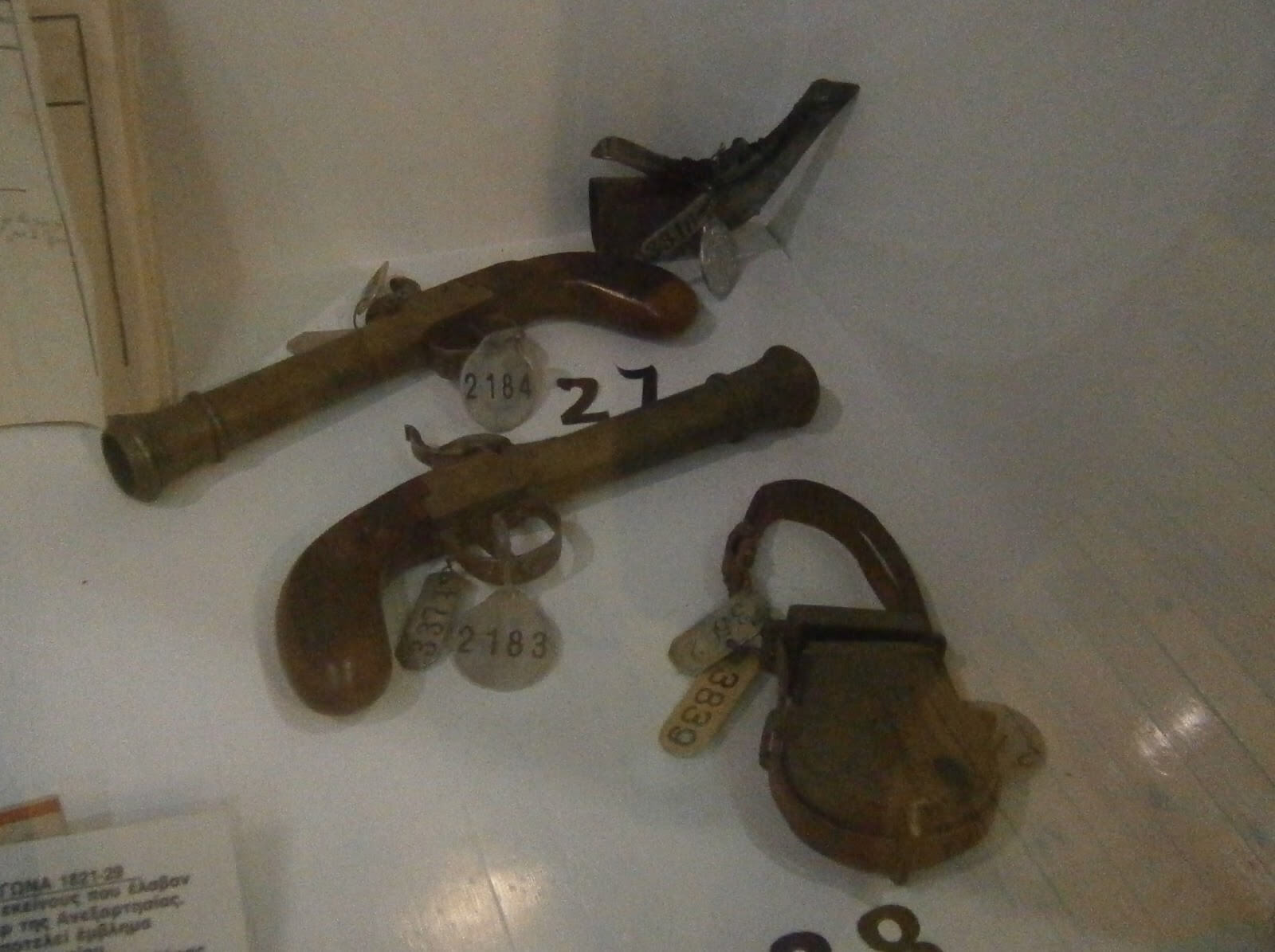 The mission of Annex Nafplion War Museum is the collection, preservation and presentation of objects and written testimonies that illuminate aspects of the recent history of the Greek nation, the last pre-revolutionary years until the liberation from German occupation in 1944 and also as understandably, because of its regional character, the preservation of historical memory and promote local history and local culture.

Moreover, precisely because the Annex Nafplion is housed in a Nafplio building which is unchanged historical monument, the three-story building that housed the first years of the Military Cadet School, the mission of the Museum includes the presentation, based exhibits available the permanent collection, the time of creation and progress of Greece’s first higher education institution from 1828 until 1834, and with each occasion display of historical military, scientific identity.

Some of the exhibits are the additions granted with willingness and courtesy of the Peloponnesian Folklore Foundation.

Experience the elegance of an authentic neo-classical mansion of the 19th century, renovated thoroughly to combine the tradition of Nafplio with the finest modern amenities. It will win you over with its simplicity and elegant decoration. Spacious luxurious rooms and suites. All rooms are decorated in a light neoclassical style, with authentic Tuscan furniture, providing all the comforts and small luxuries you want to offer yourself. The presence of the leather, blended with the wood and earthy colors gives a sense of warmth and cosiness to the place and impresses even the most demanding ones. Our trained staff will make you feel at home with a welcoming smile. Start your day with a delicious breakfast from our buffet which includes traditional, homemade dishes such as omelet, sausage, bacon, homemade jam, bread, local cheese, and hot homemade pies . Apart from room service, breakfast can be served in the hall while enjoying the warmth of the fireplace. In summer, the garden or the pool is the perfect place. Nafplio is a seaport town in the Peloponnese in Greece that has expanded up the hillsides near the north end of the Argolic Gulf. The town was the capital of the First Hellenic Republic, from […]

The stone-built guesthouse Pera Alonia, located at the entrance of Kato Trikala and consists of three separate buildings with two large and comfortable rooms.

Αfter you passed the thousands of Byzantine churches, enjoy the wild nature of Mani and as you leave behind the caves and gorges, you arrive at Kyrimai Hotel.