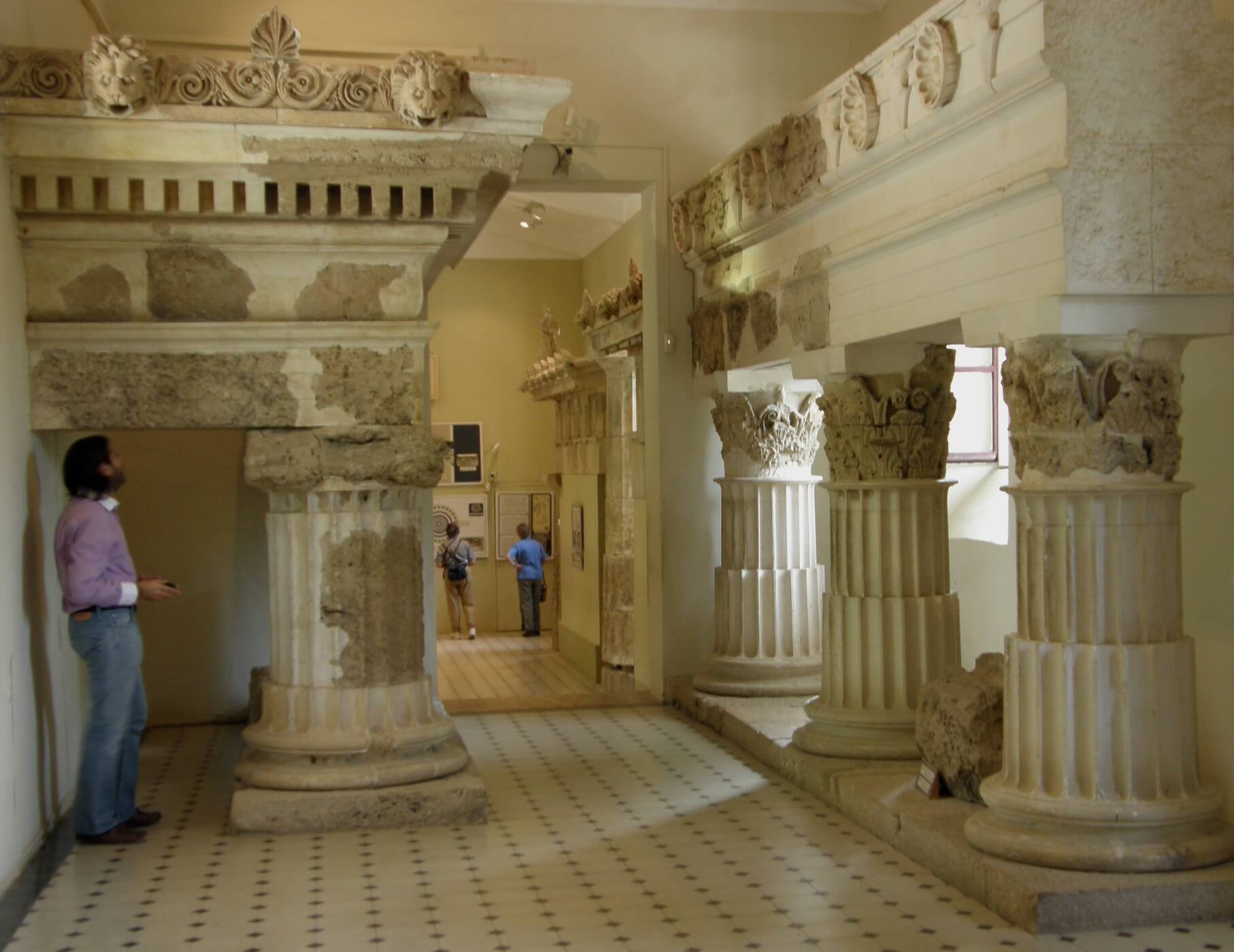 The Museum of Epidaurus was built between 1902 and 1909 by the excavator of the sanctuary of Epidaurus, Panagiotis Kavvadias, in order to house the partial restorations of the major monuments of Asklepieion, as well as the most significant excavation findings. The sculptures that were transferred to the National Archaeological Museum of Athens were replaced by plaster casts in the Museum of Epidaurus.

In 1958 storerooms were built for the sculptures and pottery in the NW edge of the archaeological site. In 1971 a new hall was built to the NW of the museum to house the collection of inscriptions, displayed under the supervision of M. Mitsos. Since 1992, when the partial reconstruction of the Tholos was dismantled in order to be preserved and studied, a temporary exhibition of the monument has been housed in the second gallery of the museum, along with explanatory plans, photographs and representative architectural parts.

We would like to welcome you to Aelia Home Suites, one of the best choices for your stay in Messinia. The name denotes our endless love for the lush light we would like to share with you. Aelia Home Suites, a newly-constructed complex just five kilometers from the picturesque fishing village of Marathopoli in southwestern Messinia, can motivate visitors to explore the wider area of western Messinia. It is located in the middle of the coastline from Kalo Nero to Finikounda, while Kyparissia, Filiatra, Yalova, Pylos and Methoni are interesting stopovers. Yet, the most amazing sight in the area is the variety of golden sandy beaches that the visitor should discover on his own, with Mati and Voidokilia as the prevalent choices. Aelia Home Suites is only a few metres away from Vromoneri beach, the most characteristic sample of the aquamarine Ionian Sea. The sheltered little port offers the beach tranquility and relaxation all year round. Its admittedly cacophonous name [‘Vromoneri’ in Greek means ‘foul smelling water’] is derived from the sulphur springs that once existed there. The complex is located in an olive grove, another sea, a deep green and peaceful sea found in a vast plain at the […]

With a lot of antique furniture and architectural details sourced from Greece and abroad , plants from Peloponnese, and years of work, the essence of Villa Vager grew into the elegant and welcoming place we dreamed it would be.

In the Guesthouse Theonimfi you will find the art of genuine hospitality, the atmosphere of a bygone era, the essence of relaxation, the pleasure of taste and the truth of human contact!