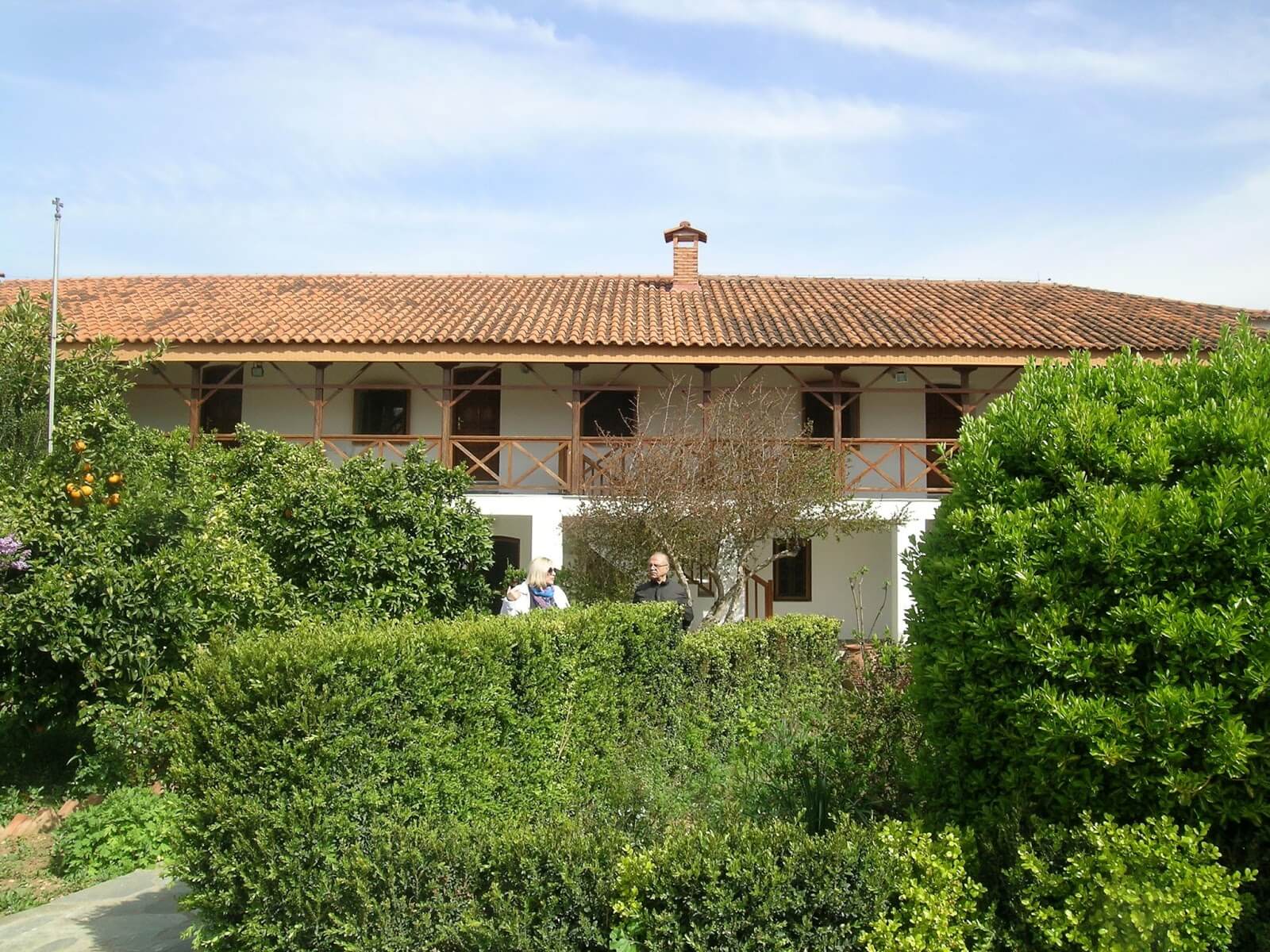 The old monastery of Monastery Panagia Faneromeni Chiliomodi are of the 12th century. The image of the Virgin Mary was found opposite the old monastery inside a rock. Shepherds found where they saw light onto the rock which the intrigued searching and found the Virgin in a cleft of the rock.

The old monastery of Monastery Panagia Faneromeni Chiliomodi was male until 1854. To1897 because the monastery had been old damage from the earthquake of 1854, the fathers wanted to build the new Monastery in the current location.

When the temple was built fathers brought the temple and the images of the old monastery and placed there. They vespers, and the next day they got up to make Matins. Entering the Temple, Mary the miraculous missing. They went to the old monastery and found it there. The affected and transported to the point that they had before, but Mary the other day had gone again.

This was done three times. Eventually they went prelates, priests and many people made a procession from the old to the new monastery and since then Mary the New Monastery.

The monastery of Monastery Panagia Faneromeni Chiliomodi gave many the Revolution materially and spiritually. Characteristic is the fact that the old monastery gave signal heroes from one mountain to another, in order to defeat enemies.

The catholic of Nea Moni is codon cruciform church with a dome, which was built in 1897 and renovated in 1949. The image of the Virgin Mary is the work of St. Luke. The temple is from the 17th century. It has representations from the Old and New Testament. Under the Lord and the Baptist is a representation of the banquet given by Herod. There he danced Salome asking as a gift to John’s head on a plate. Under the All Saints is the Kissing Elizabeth. Angelos accompanying the Virgin to the Mountain to meet Elizabeth.

Camvillia Resort, a 5 star Boutique Hotel at Vounaria Messinia, opens its doors every year in the middle of May, to welcome its guests! Our vision was realised and we would like to invite you to an unforgettable stay. It is a unique opportunity to experience natures’ beauty and luxury in Messinia. Our resort is situated within an olive grove at Vounaria, a clay village where our villas and their swimming pools are amphitheatrically built over the sea staring at the unique fortress of Koroni. The authentic materials used in the resort, such as stone and olive wood connect you to the Vounaria atmosphere and make you feel at home during your vacation at Messinia. All rooms and suites at Camvillia Resort have a view of the olive grove and the endless blue of the sea and the sky. The swimming pool prevails in the centre of the resort. Close to our hotel, you will find the famous “Peroulia beach” with its emerald waters and the sandy coast. The sun at Messinia is mirrored at the stones between the slopes and penetrates the Olive tree branches, thus highlighting the grandeur of the Mediterranean scenery. We expect you at Camvillia Resort to offer […]