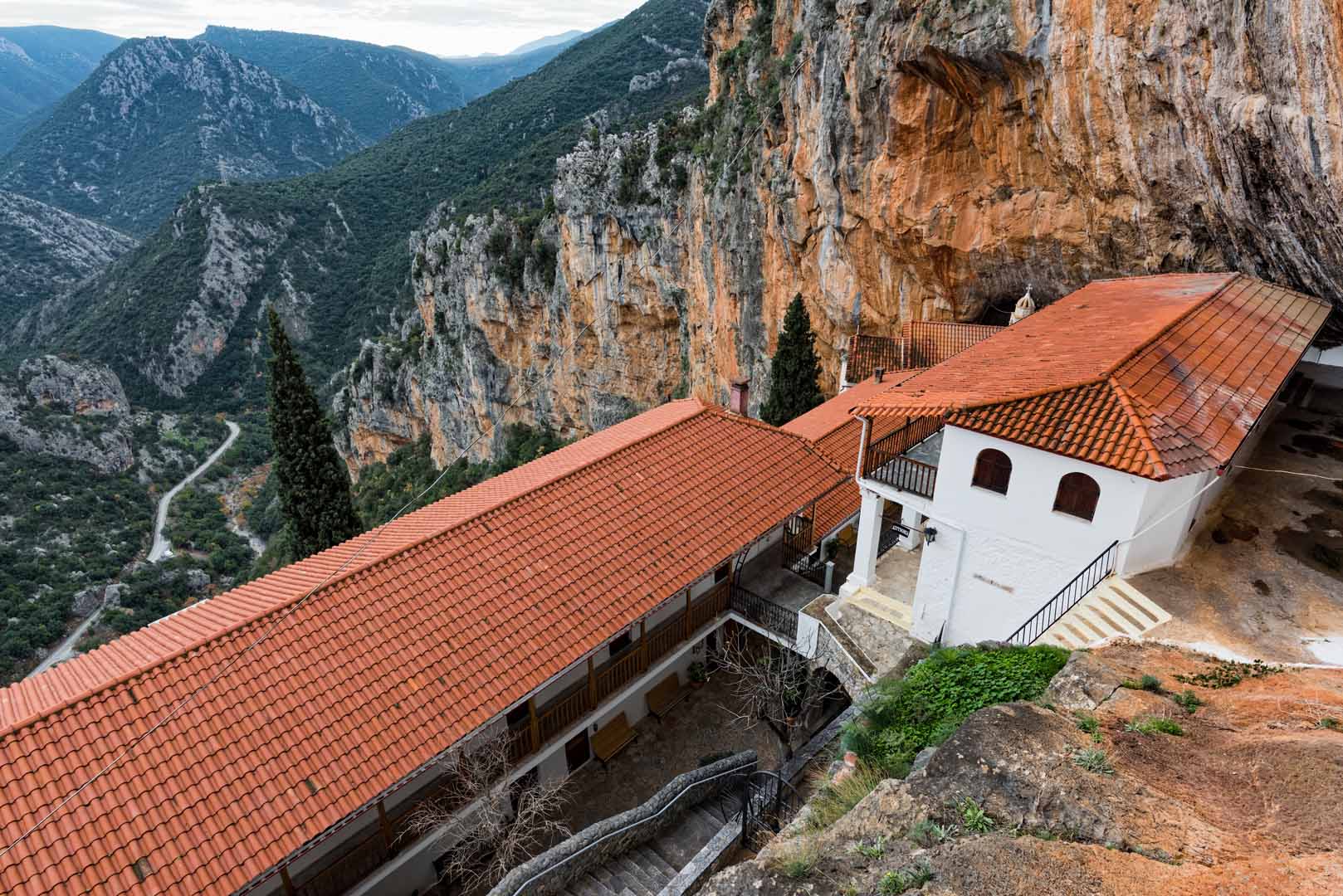 In the southern Parnon Mountains in Kynouria at an altitude of 650 meters rises the imposing monastery of Panagia Elona.

Following the track “Leonidio Kosmas’ through diverse vegetation and the towering wild rocks in a bend of the road will look to raise the rock hovering Panagia Elona monastery with whitewashed hung at the foot of the mountain.

The history of the monastery dates back to 1300. Based on the records, the shepherds of the area saw an inaccessible point of the slope Parnon a light. Initially not gave him importance, the continuation of the phenomenon but peaked their curiosity thus resort to the bishop and flowing Prastos.

The bishop raised the village and attempted to give an explanation to the strange incident. The result was to realize that it was the light of an oil lamp, which was lit in front of an image. But height was the image render impossible any attempt of approach.

Here the different levels, diadromooi, archways and stairways compose a harmonious whole building which testifies to the existence of an internal life and movement.

Specifically, on the east side and over the cliff stand two buildings of which one-storey, with hostels and RelA to the first floor depots and dining down, while the other, right, includes offices, lounges and reception areas.

A third building on the west side, with his back to the rock also has guesthouses and bunkers behind it and not higher is the chapel of All Saints.

An important contribution was the monastery of Panagia Elona and the Greek Revolution of 1821, which is evidenced by a document of the Peloponnesian Senate. During the reign of Otto the monastery was preserved.

After the decree “On the dissolution of the Monasteries’ of 1833 the Abbey lost its old glamor, the fortune of ripped and the monks were expelled. In 1972 the monastery was reorganized and operated until now as female.

Enjoy beautiful views of the Valley of Alfeios River from your private balcony. Relax in your spacious room, appointed with marble floors and a lovely seating area. Benefit from free wireless internet access and breakfast included in your rate.