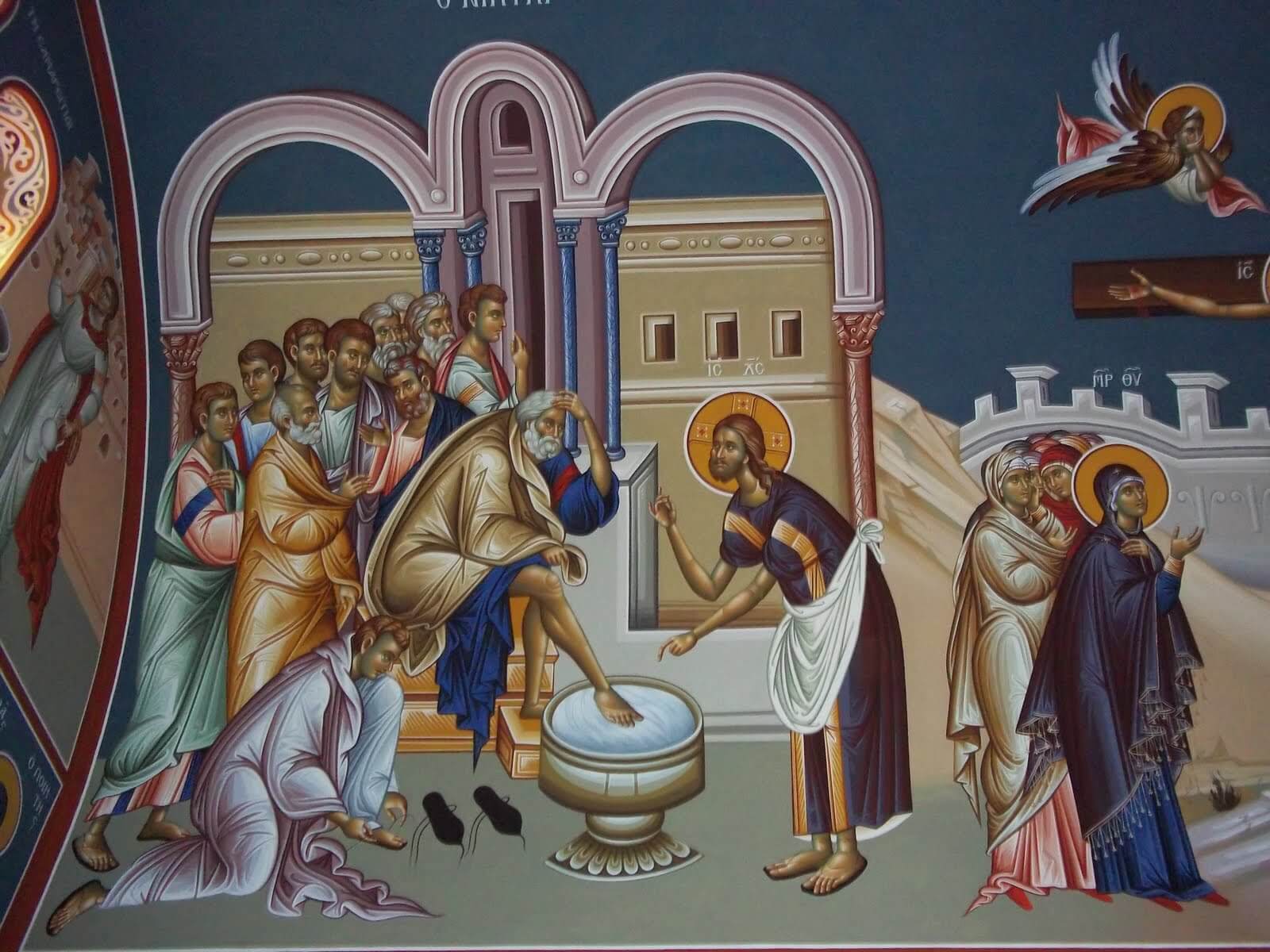 The monastery of Malevi or the Dormition of the Virgin, is one of the three most important monasteries in the Kynouria province, together with Loukou and Elona.

It is built on Mount Parnon, dubbed ‘Second Mount Athos’ and ‘Mount Athos of Southern Greece’, both because Christians from Mount Athos immigrated here during the reign of Emperor Constantine IV (668-685) and because no other Greek mountain has so many monasteries.

The monastery was originally located high on Mount Parnon at the site of Pournaria, near a water spring where the remains of buildings are still visible. This location was abandoned in the early seventeenth century. According to local tradition, however, the monastery first moved to Kanaloi near the Malevos peak, a site named after the water canals built by shepherds to water their herds.

The monastery was eventually moved from Kanaloi because of the harsh winters. The heavy snowfall would cut off the monastery for months, and the monks starved. All of the monks died one winter, the last of them leaving a note saying “I am dying amidst the roar of the fir trees”. The monastery was subsequently abandoned, and another was built lower on the mountain.

Another narrative relating to the original monastery states that the Malevi monks found half frozen and cared for a young man called Giorgis. When Giorgis recovered, he admitted to being a sinner, and asked to be allowed to stay in the monastery as a novice monk. In winter, he refused to follow the other monks to the monastery’s winter quarters and froze to death.

If the Malevi monastery was founded more or less at the same time as the other nearby monasteries, then it probably dates from at least 1000 (early eleventh century). Apart from the narrative on the monastery’s foundation and dissolution cited above, no historical evidence on the earliest monastery exists. The earliest date in Malevi’s history, 717, is mentioned by Kofiniotis, without supporting evidence, and repeated by Dalezios.

Lap up the most pristine spots of the northern side of the Messinian Gulf in painterly Peloponnese, up towards the green wilds and an endless sandy beach and set away from the famously pretty town of Kalamata, where lies Buca Beach Resort, a luxury 5 star Kalamata hotel. You can have it all, here at Buca Beach Resort. Behind the stunning, timeless, architecture, dwells a luxury 5 star hotel of unrivaled quality and finishes. Especially for those who value top-of-the-line gastronomy, luxurious amenities, and a cosmopolitan ambience right in the beautiful Peloponnese, Greece. Buca Beach Resort in Kalamata started operating in 2012, occupying a land of 35.000m², where it unfolds 53 rooms & suites and indulges powdered in luxury. With panoramic sea or garden views suites, and in combination to its impeccable facilities, a unique holiday experience is guaranteed. Bathed in natural light, and enjoying open, airy and inviting spaces, this luxury Kalamata hotel evokes a sense of living in the moment. This 5 star hotel blends stunning yet subtle design with a sense of stimulation and minimalism, with its sleek lines and unique structure. Earthy tones are beautifully combined with pastel and vivid colors. Tranquil yet solid lines are the […]

The Grove Seaside Hotel features an elegant Greek Restaurant and cosy Pool Bar that will sure delight the gustatory palates of all travellers. Whether wishing to enjoy breakfast in bed, lunch by the pool or dine under candle light in the hotel’s atmospheric restaurant, your wish is our command.

Elafos Spa Hotel is built of stone and wood, faithfully respecting the Arcadian architecture, offers its guests unique moments of relaxation and quality.