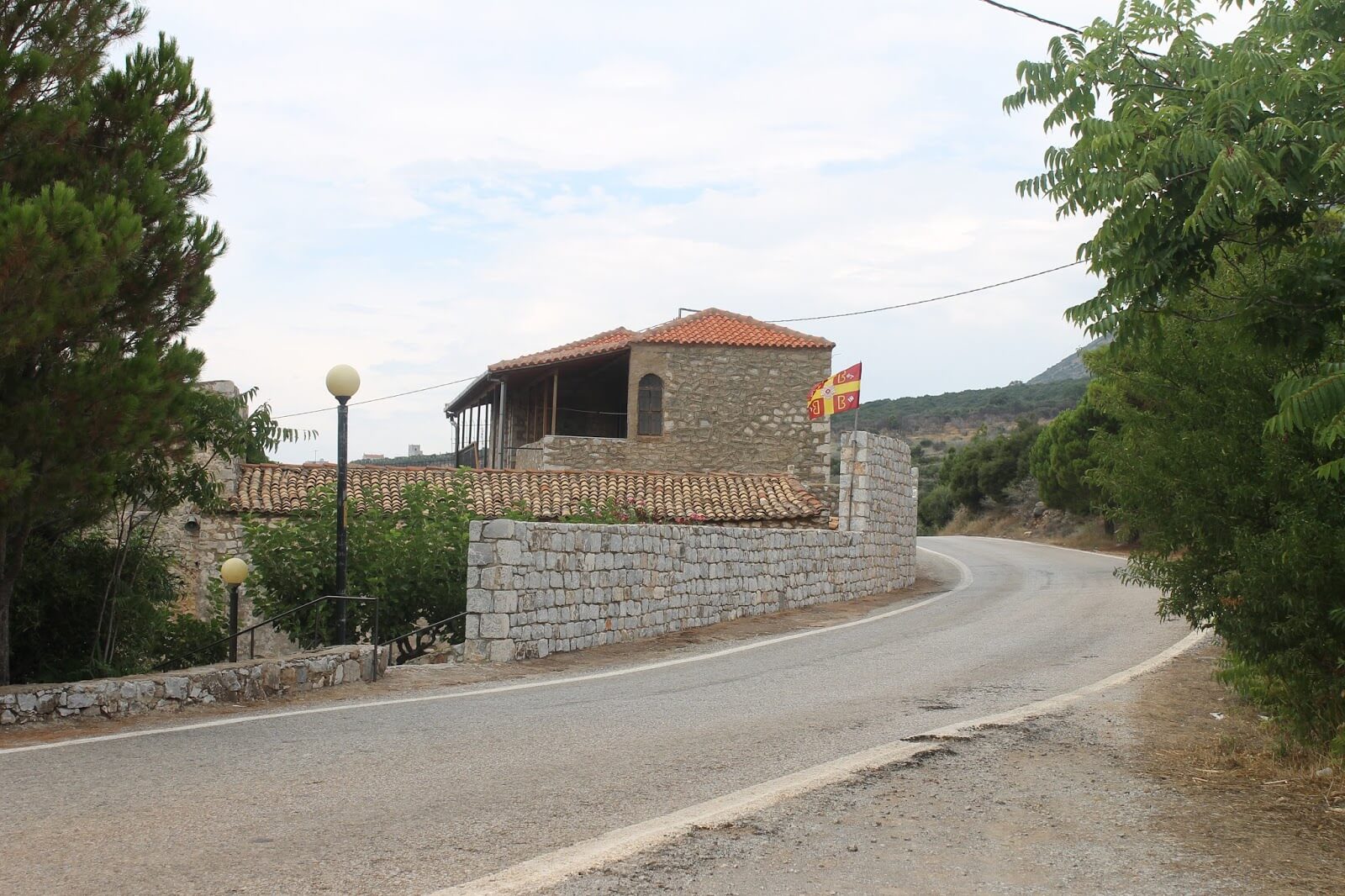 Near the small village Frangoulis or Fragkoulianika, the street Areopolis – Gerolimenas, at a distance of about 6 km. from the caves of Dirou, is the Monastery of Faneromeni, dedicated to the Virgin Mary.

Founded in the late 11th century, tells us the dedicatory inscription, carved the original marble iconostasis universal, members of which are preserved in the courtyard of the monastery.

This inscription mentions the date 1079 and the name George, the craftsman of the sculpture. It also tells us that the church was dedicated to the Virgin Mary and was the founder of the monk Nikonas and Thalousis Kouskounaris, the village Kouskouni.

The church was rebuilt and decorated in the 14th century, as shown in the second inscription, preserved in the apse of the sanctuary. The work was carried out with the clerical help for prelacy of Mr. Nicholas, years 1322-1323, during the reign of Emperor Andronikos II Palaiologos Andronikos III Palaiologos and his wife, Irene.

Then the temple was dedicated to the Virgin Faneromeni dedication associated with the miraculous image of Our Lady of Cyzicus (Artaki), the cult of which enjoyed widespread Paleologos era.

The church is single-nave, Running and vaulted. In the early 12th century on the west side was added rectangular vaulted portico, architectural feature several monuments of Mani.

After the renovation of 1322-1323, the post-Byzantine and modern times, made several additions and alterations that have shaped the current form of the monument.

Inside are preserved frescoes of three different periods of the 11th century, in 1322 to 1323 and the first half of the 17th century.

The monastery now serves as female and celebrated on August 15.

The pension – tavern Bacchus is in the picturesque of village Ancient Pisa(Miraka) just 3km away from Ancient Olympia and constitutes the new proposal of stay in the region of Ancient Olympia.

Princess Kyniska Suites overlooks the bay of Plytra, with three extraordinary beaches at its foot, thus providing immaculate panoramic views that can be enjoyed throughout the entire property,

In Chrisafitissa square, inside the Castle of Monemvasia, we have built LIkinia Hotel. The hotel ‘s location, in Chrisafitissa square which is adjacent to the walls over the sea, is offering a magical sea view. Likinia Hotel is a beautiful complex of four 2-floor buildings made of stone.  The careful restoration of the buildings was done with full respect to the traditional architecture of the Castle of Monemvasia. The hotel ‘s traditional architecture is combined with high quality furniture and services, with the focus to provide a comfortable and relaxing stay to the hotel ‘s guests. The suites of LIKINIA Hotel and the Castle of Monemvasia is also an ideal destination for newly-wed couples. In the beautiful stone-built arch, you will enjoy your breakfast made of fine ingredients, as well as selected local products. Τhe hotel ‘s lounge is ideal for the summer months, as the guests may relax under the stone built arch, as well as for autumn and winter, when guests may enjoy a relaxing during by the traditional fireplace. Either you wish to relax and enjoy the calmness of the area around Chrisafitissa square, away from the busy central road of the castle, or you prefer to be inspired by […]