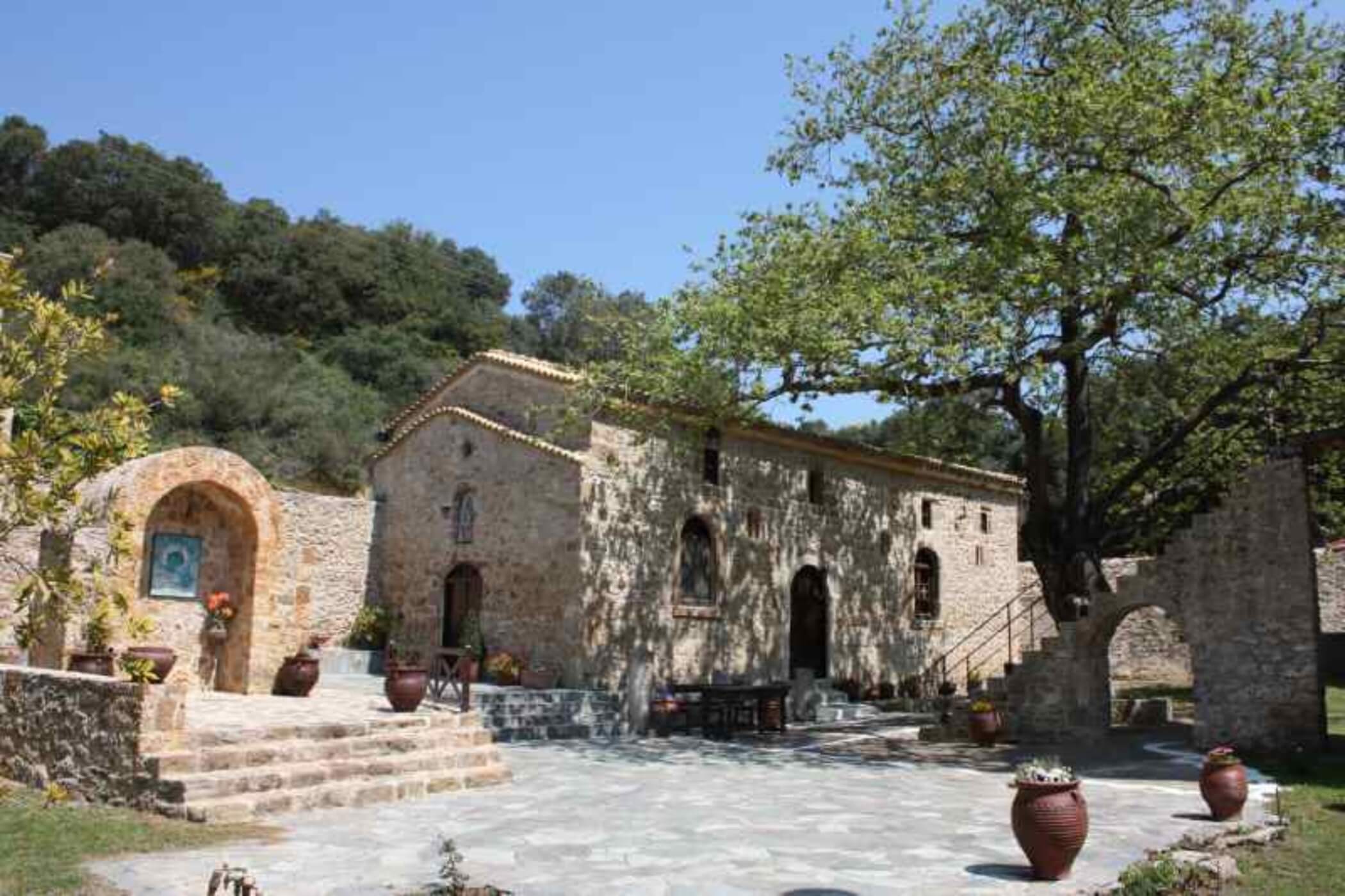 The Holy Monastery of Agia Eleousa located in Lygia district municipality Vartholomio of Ilia, in a deep green gorge. Next is a cave with stalactites that water is considered holy water.

The monastery was built in the 9th AD century and named after the image of Mary found and gave the epithet Eleousa asking her to protect local residents.

From the repeated destruction and looting left iekklisia and a ruined tower which served to protect the monks from the attackers. The monastery played an important role in the 1821 revolution.

The Hotel Petit Palais is a nicely preserved neoclassical building, located at the foot of Gerania Mountain in a unique section with amazing views of the mountains and the sea.