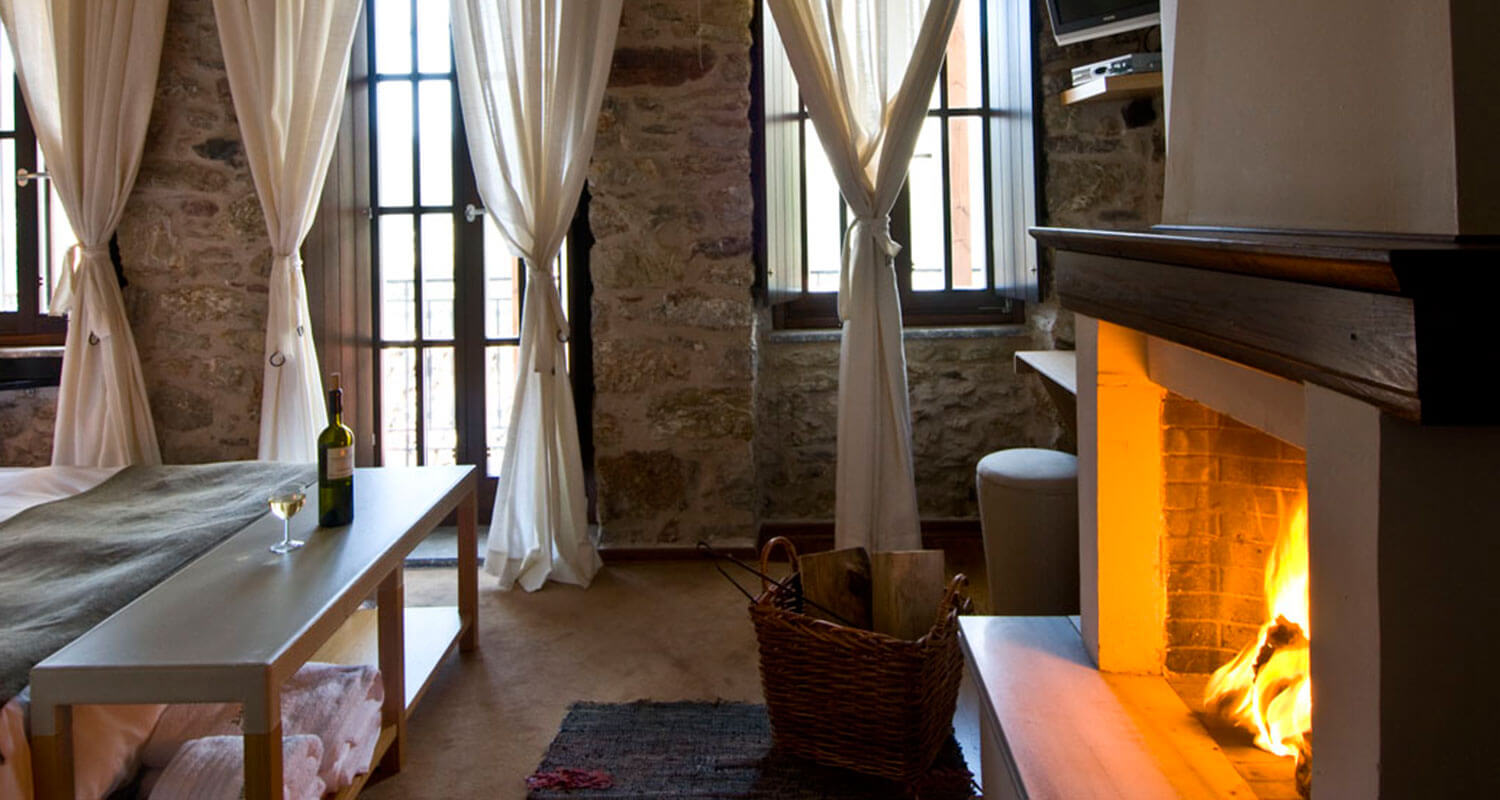 Guesthouse Theonimfi is a manor house of 1850 which had been abandoned.

It had to be built anew, with a “marriage” of the traditional with the modern element being the main idea, something that had been missing from the region until then.

The stone and the wood, basic materials of the traditional Arcadian architecture are starring both outside and inside the guesthouse.

The art of genuine hospitality, the atmosphere of a bygone era, the essence of relaxation, the pleasure of taste and the truth of human contact!

Here you will find the art of genuine hospitality, the atmosphere of a bygone era, the essence of relaxation, the pleasure of taste and the truth of human contact!

There are four rooms in the Theonimfi guesthouse, a guesthouse with a rich history and vivid pictures of the past.

The Open-Air Water Power Museum, built in 1997 after renovating derelict pre-industrial facilities, is located just outside Dimitsana. The buildings were restored and all the mechanisms, operated entirely with water power, were fixed.

Among them one mill that grinds grains, a fulling mill that processes textiles, one tannery hides, one cauldron for raki production, one gunpowder mill and the houses of the tanner and the mill’s worker.

The Hotel Archontiko Anyfanti is situated on the ex-Anyfanti residence. It used to be a typical wealthy Arcadian mansion of the 1840’s and it sets itself as an example of the local architecture.

Akti Taygetos Conference Resort is a luxury beachfront resort located a few kilometers away from Kalamata center. The resort features all the facilities needed to combine a relaxing atmosphere for vacation but at the same time, it can be an ideal place for a big conference or business meeting.

Whether for a romantic getaway or family vacation, Nefeles Luxury Residences and Lounge is the perfect destination. With residences decorated in country style and earthy tones, configured to accommodate all requirements.

Club Hotel Casino Loutraki is the only tourist company that was awarded with the International Prize “Carl Faberge” in 2005 for the creativity, innovation of tourism products and high quality offered hospitality.