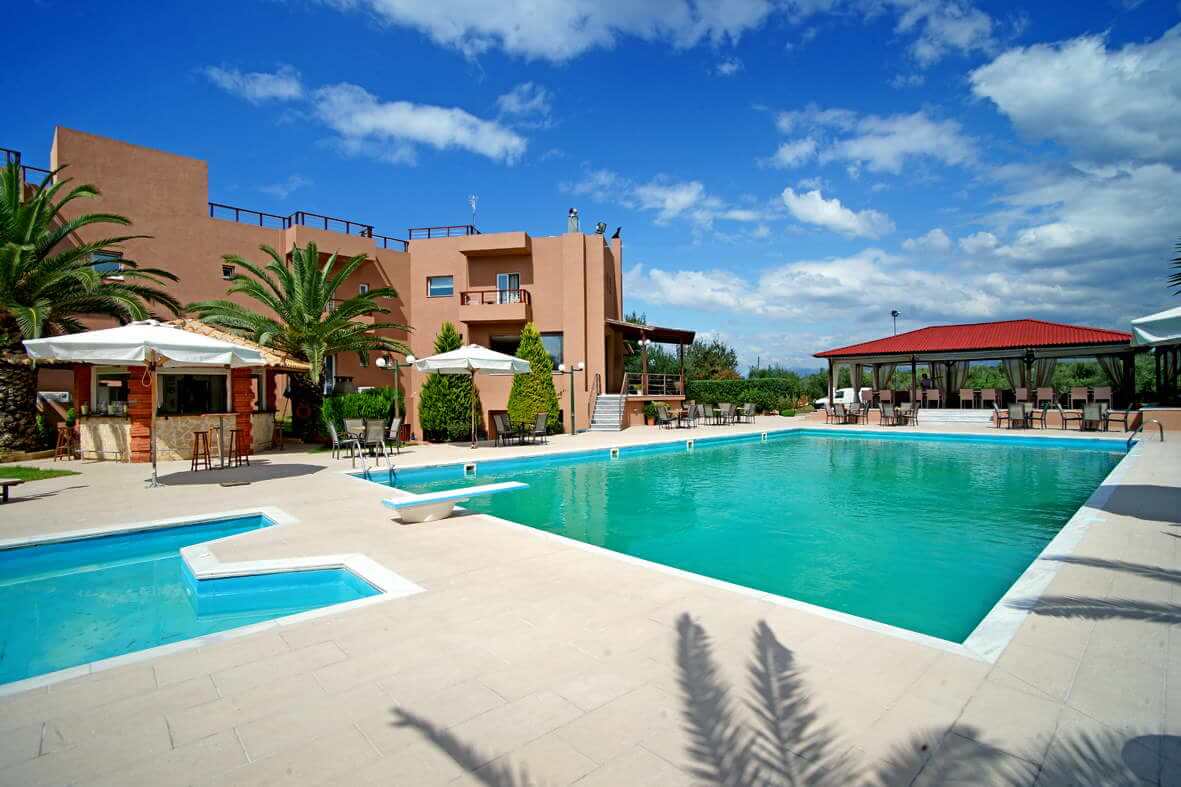 Apollo Resort Art Hotel is situated at the foot of Mount Egaleo on the South Western coast of the Peloponnesus. Kyparissia has an extensive sea frontage with local tourist, agricultural and commercial centers. The Ancient or Upper Town is a preserved settlement 150 meters above the modern Town which is constructed on an extensive grid system that runs gently down to the Ionian Sea.

The Upper Town is dominated by the ruins of a Venetian Castle that was first constructed during prehistoric times. First reports of the city were recorded byHomer (Iliad, Book B, Verse 593) relating to how the (Cypresses or Kyparissian’s) built and contribute many wooden fighting ships towards the Trojan War. Because of its location, there have been many rulers over the centuries, especially during the Venetian period.

In the restaurant, you will have the opportunity to taste the Greek and traditional cuisine! At breakfast time and in our summer buffet, near the pool, you will taste local products and local specialties! However, depending on our guests, we add different plates and several tastes from around the world! Do not hesitate to contact us in order to make your special offer half board during your stay!

The Elektra Hotel & Spa combines luxury and modern comfort by means of its impeccable and client-friendly service.

Natura Vytina Hotel is surrounded by the lush forest Mainalon in Arcadia, ready to offer a pleasant and relaxing stay and a friendly environment.