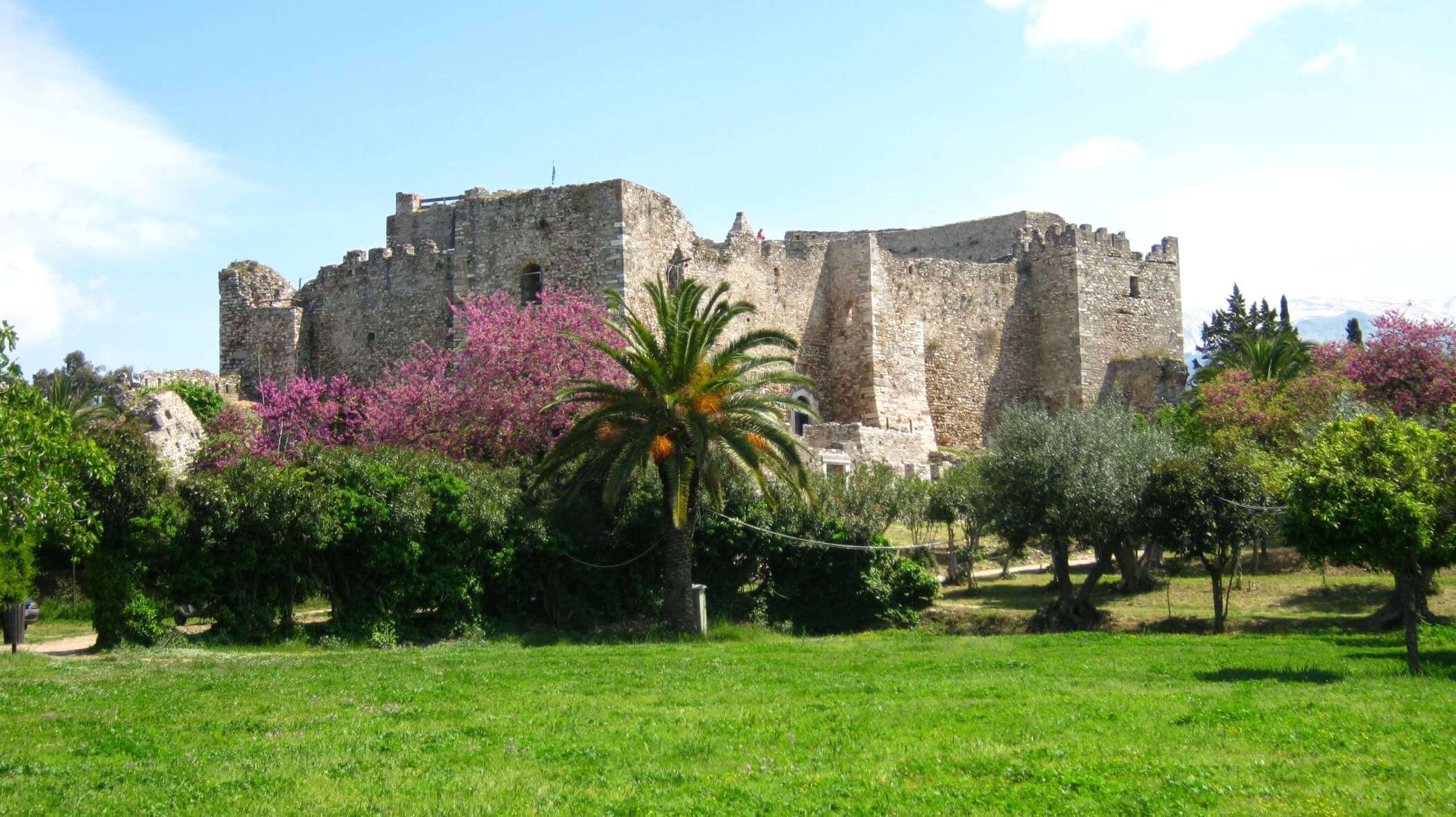 The Patras Castle is located at the foot of Mount Panachaiko. Its foundation is placed in the 6th AD century reign of Justinian. Its construction took place with building material of the ancient Acropolis, which was at the same place and had already collapsed.

The fortress of Patras is built on the last hill of Mount Panachaiko, the legs of which is spread the plain of Patras, on which is built the town. The fort is located 800 meters from the sea. It was built by Emperor Justinian on the second half of the 6th century.
Diaper has been built on the ruins of the ancient citadel.

During the construction of the walls were used as domes materials from pre-Christian buildings, columns, friezes, lintels and other parts that are visible on the outer sides of the walls. The building phases distinguished today the fort is the testimony of the work done by each of its conquerors, for the repair, strengthening, growth and adaptation to the development of military science.

The history of the castle is long and closely connected with the history of the city. In the 9th century Patras attacked by the Slavs and Saracens by land and sea. The invaders are defeated and their defeat is attributed to the patron Saint Andrew. In 1205 the Franks led by Geoffrey Villehardouin conquered the town and the Castle.

Patras given as barony to William Aleman and belongs to the Principality of Achaia based Andravida. At the same time it became the seat of the Catholic archbishop, who gradually acquired great political power. In 1408 the Pope granted the city a lease to the Venetians for five years.

In 1428 Constantine Paleologos releases Castle whose walls were repaired and made additions. In 1458 the city surrendered to the Turks and the Castle gradually transformed into an administrative center, as the military defense of the area is transferred to the Castle of Rio. During the period 1687-1715, Patras is one of the four provinces of the Republic of Venice and from 1715- 1828 again occupied by the Turks.

In 1828 the French general Maison releases the region. The Patras Castle is badly damaged by Orlov. From 1950- 1975 the castle belonged to the municipality of Patras and then allocated to the Ministry of Culture – 6th Byzantine Antiquities and works as an archaeological site.

At the Historical site of Ancient Kainipolis and today’s village of Kyparissos at the area of Mani, Porto Mani Suites was raised right by the sea. This hotel complex of four traditional stone buildings has everything it takes to make it unique: Comfortable and relaxing stay in one of its suites, while you are being well taken care of from the hotel staff and enjoying the room equipment provided by Coco-Mat, Nef Nef and Apivita, a friendly environment and a soul cleansing serenity as you reach into the endless Mediterranean blue. Comfort, Joy, Freedom, Endless Light, Watching the Blue of the Sea and the Sound of the Natural Habitat are the main characteristics of all the room types of Porto Mani Suites, which differ only in space. Decoration and Equipment of the rooms add up a tone of luxury, completing the senses… The hotel restaurant prepares Greek cuisine specials, made with care and strictly local ingredients. The position of the hotel is a perfect starting point for excursions all around the area of Laconia.

Arhontiko Kefalari is family friendly guest house. The aim is for you to feel a real warmth and sense of hospitality offered generously by us, from the first moment you enter, and to enjoy a cosy environment with a century-long history.

Katikies Manis are luxurious villas ideal for vacations in a private and exclusive style in Greece. In Hellenic language “Katikies” are defined as homes and are linked to individuality and familiarity. Katikies Manis combine natural materials such as stone and wood which are perfectly aligned with the environment and the natural beauty of olive trees, bright sun and crystal clear sea of Mani, in Peloponnese of Greece. This kind of escape is based on the idea of exclusive living that offers tranquility and privacy. Visitors will have the opportunity to experience the absolute combination of elegant living and natural beauty. Katikies Manis are surrounded by a large estate with olive trees, a garden with barbeque and an open air sitting area. Comfortable parking space is also available. Katikies Manis are within 200 metres distance from the charming beach of Delfinia (both pebbled and sandy) and within 200metres distance from the impressive beach of Foneas (pebbled). Additionally there is access to a rocky coast and sea through the estate. Mani is a region in Southern Peloponnese, Greece with a unique historical, architectural, geographical and cultural identity. Taygetus which is the highest mountain of Peloponnese, frames the whole landscape of Mani and attracts the […]