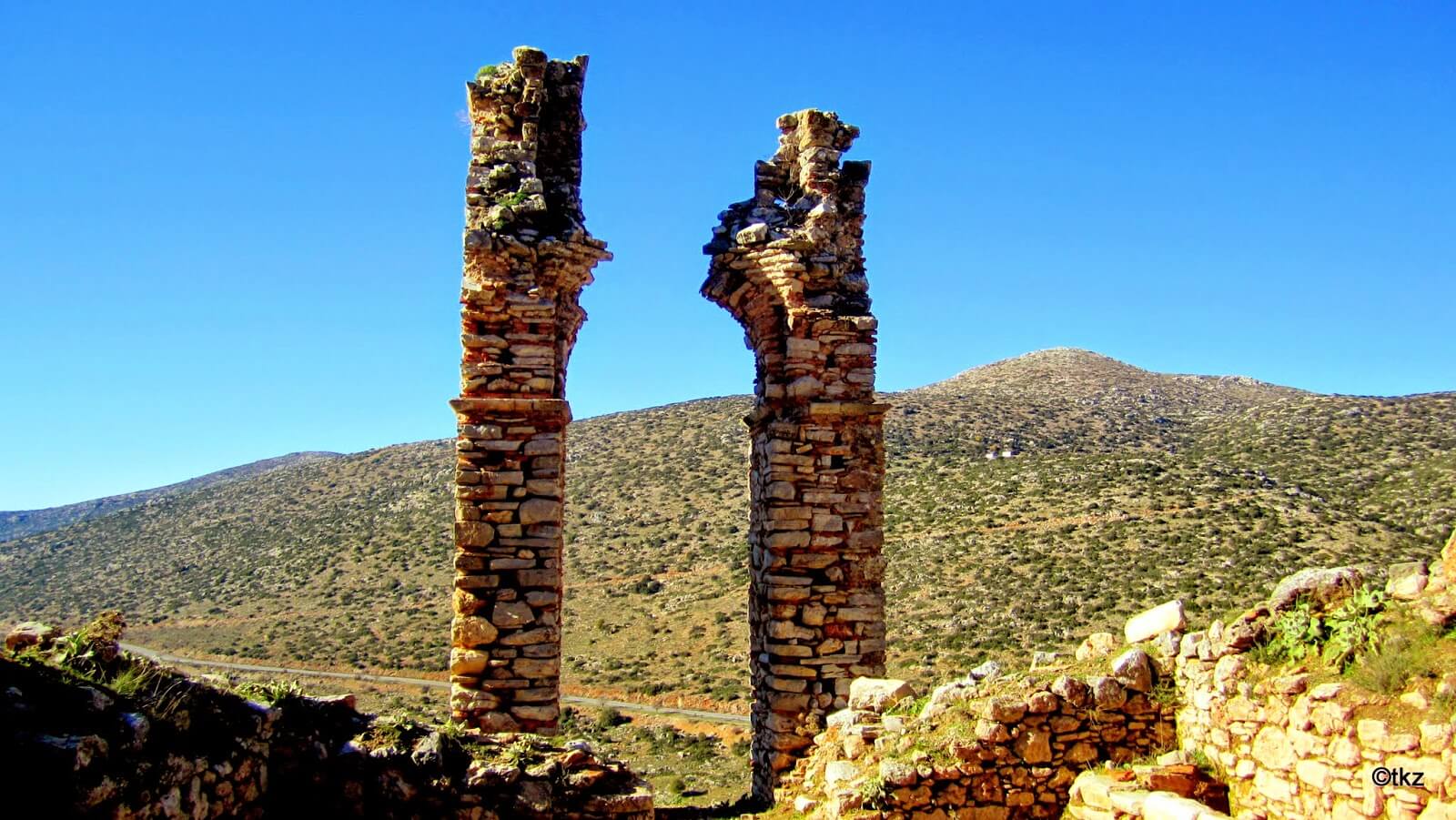 Mouchli was home to the important 15th-century painter Xenos Digenis, who worked at the turning-point of the late to post-Byzantine painting. His wall frescoes are preserved in the monastery of Myrtia in Aitolia (1491), at Ag. Pateres in Epano Floria, at Selino in the prefecture of Chania, Crete (1470) and at the Assumption in Kato Meropi, Pogoni in Epirus.

Legendary too is said to have been the beauty of the daughter of the ruler of Mouchli known as Demetris Asan. She married the last Duke of Athens Francesco II Acciaioli. Later she turns up in the harem of the Sultan in Istanbul and finally married Georgios Amoiroutzis, a friend of the sultan who already had a family.

After the Turkish conquest, Mouchli was gradually abandoned by its inhabitants, who began to settle lower down, in smaller settlements among the fertile plain. The sources referred to it as (Palaio) Mouchli, Palaia Mouchla, Palaia Mochli, Mukhlu, and Mucli.

The Castle of Mouchli is one of the largest forts of Peloponnesus and was one of the most important cultural and military centers of the Byzantine army during medieval times. It is situated outside the village of Agiorgitika, on the boundaries of the prefecture of Argolida and Arcadia, on the south and southwest side of the hill of the same name. The castle flourished, but unfortunately did not avoid the wear and tear of time, lying today in ruins.

The Castle of Mouchli, one of the most important of the region of Peloponnesus, unfortunately, is not in good condition. One can reach it, however, relatively easily; and in the midst of its ruins, you can experience, however fleetingly, the grandeur of a glorious past.

Mouchli is located in the east part of Arcadia, on the border with the prefecture of the Argolid, 15 km east of Tripoli. It sits between the present-day settlements of Achladokampos to the east and Agiorgitika to the west.

Welcome to the Abeliona Retreat, in the village of Abeliona, that lies among the mountainous valleys between Messinia and Arcadia. This place will provide unparalleled relaxation and rejuvenation, thanks to its beauty and magical aura.

The restoration of the building that houses Grand Sarai was designed and executed by a construction company, which has more than 25 years of experience in building projects, public and private. The Grand Sarai offers light rooms with panoramic views of the Gulf of Argolis, the Old Town, and Palamidi. Each has a safe, LCD TV, minibar, internet connection, and telephone line. Each includes a fully equipped private bathroom. Their outer window frames are characteristic of the local traditional architecture. The multilingual staff will be happy to offer you information about the city and surrounding attractions. They are at your disposal 24 hours a day. Breakfast is served in the spacious and light breakfast room and includes hot and cold dishes, aromatic coffee and fresh juices. A lounge and a bar with atmospheric décor are also featured. The historic Syntagma Square of Nafplio, the waterfront overlooking Bourtzi and the scenic bars and taverns are all within 5 minutes’ walk. Free, public parking can be found at 50 and 200 m from Grand Sarai.

You are in Monemvasia. A place of fairies and mystic creatures according to local myths and legends. The breathtaking view and the place itself under the rock will carry you away as you entering Bastione Malvasia.