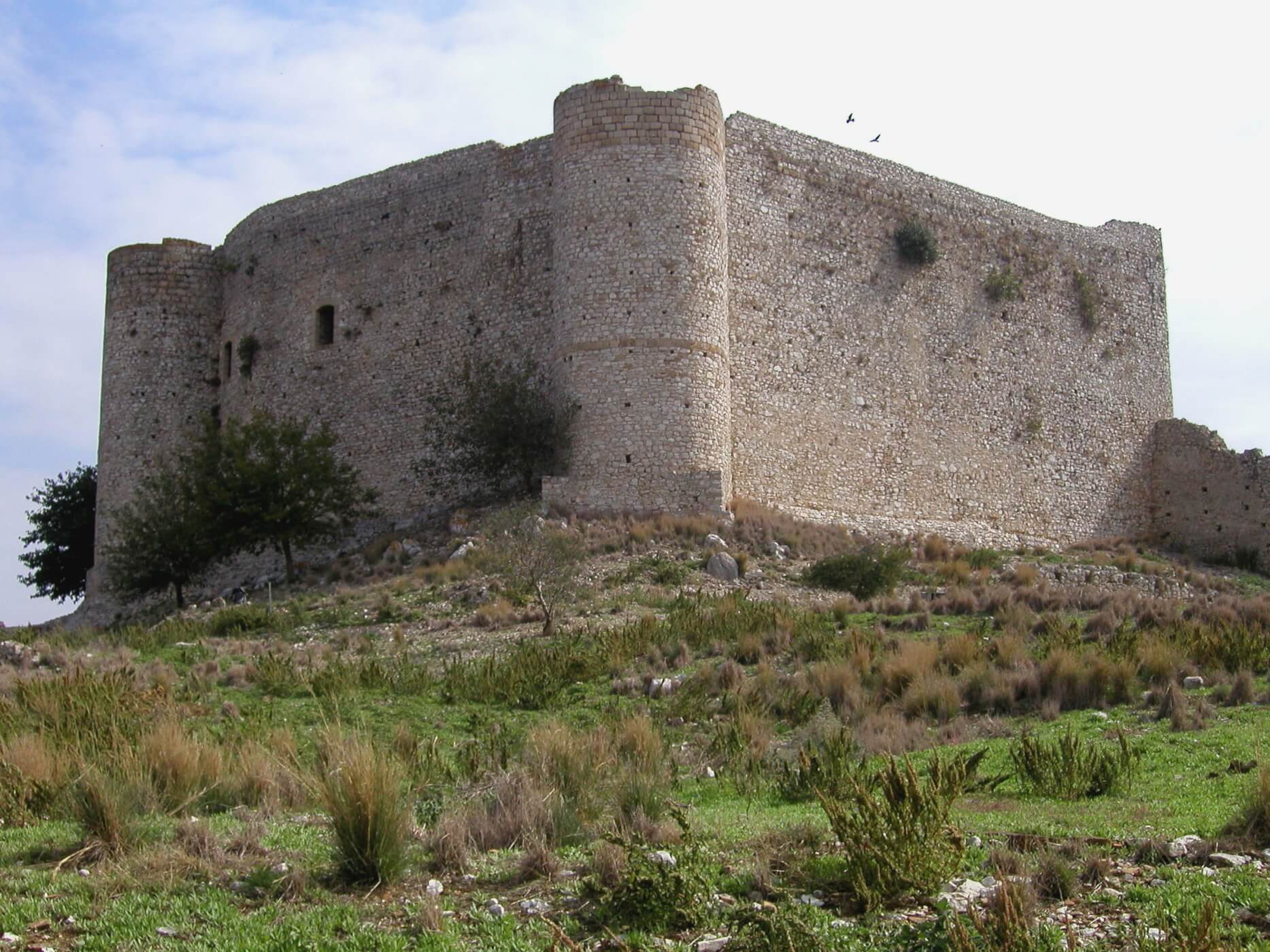 Chlemoutsi is a medieval fortress, that was built to protect the invaders from other parts of Europe. Today it ihas been turned into a tourist attraction. It sits atop a hill 135 m above sea level and surrounded by pine trees and houses.

The castle was built between 1220 and 1223 during the rule of Geoffrey I of Villehardouin, with the use of confiscated Church property. After World War II and the Greek Civil War, it became a preserved landmark.

Press on to the top for one of the great Greek panoramas. Out to sea, Cephalonia, Ithaki and Zakynthos look near enough to touch on a clear, summer’s day. North, across the Gulf, you’ll see the sierras of the Sterea Ellada. South and east, ridge after ridge of misty blue summits rise towards the Erymanthos range.

The history of the castle’s construction survives in the Chronicle of Morea. The castle consists of a large hexagonal keep at the top of the hill, while the more vulnerable sides are further enclosed by an outer wall.

The castle was well suited for a princely residence: its halls, arranged around the inner courtyard, were spacious, comfortable, and well-lit, cool in the summer and provided with several fireplaces for the winter months.

However, the architectural characteristics of the main keep are out of the ordinary for its supposed period of construction, and more in line with 15th century structures, which has led to uncertainty over its exact dating.

in the last decades, the castle became a preserved landmark. Lights added to the castle in the mid to late 20th century and can be seen as far as 80 km by night. Attractions and festivals occur every summer there.

Welcome to the most “green” guesthouse in Arcadia and one of the few energy class A in Greece, Guesthouse Gortis, which opened its doors in August 2011, in an old family mansion of 1900’s, in the heart of Elliniko Village.

The position of Lazareto, standing just at the bottleneck of Monemvasia rock, as well as its amphitheatrical layout, grant superb panoramic sea views from its balconies, verandas, gardens and most of its rooms.

Located on the slopes of Ziria Mountains, at an altitude of 1,150 metres, the stone-built Varnevo Guesthouse offers traditional accommodation with a fireplace, in Ano Trikala village.

This luxurious hotel raises and redefines the hospitality standards of the area, offering its guests exceptional services, unique advantages and special offers, constantly focusing on respecting the Arcadian hospitality values.