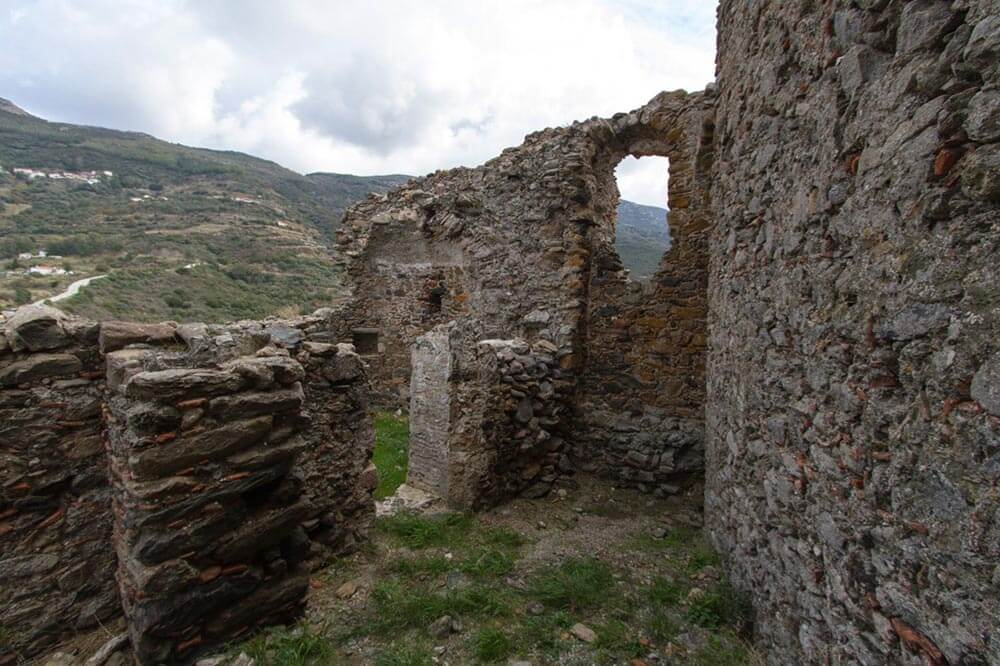 The castle of Agia Paraskevi, next to the homonymous church, is located below the beautiful village of Mesochori. It is transporting the visitor back in time, in the pirates era.

Built in the late Byzantine era, perhaps from Frankish conquerors at several construction stages to control the traffic of ships in the bay of Vatika and on a small hill that is difficult to access in case of attack.

Above the castle is estimated that there were three large buildings, a church and a three-storey tower, observatory of the bay. Perimetrically of the castle there are defensive structures that bolster his defense.

The castle of Agia Paraskevi after private initiative will be restored and would be visitable for travelers.

Hotel Anagennisis is housed in a neoclassical mansion in the center of Pyrgos, built in 1886 and it was the residence of one of the “prominent families” of the city.

Two hours away from Athens, only 15 minutes from the most beautiful beaches of the Gulf of Corinth and half an hour from the ski slopes of Kalavrita, you will find the Fokaeon Farm.

The rooms and suites have all modern facilities that, in conjunction with the local architecture and the modern decorative elements, provide the ultimate relaxation experience.