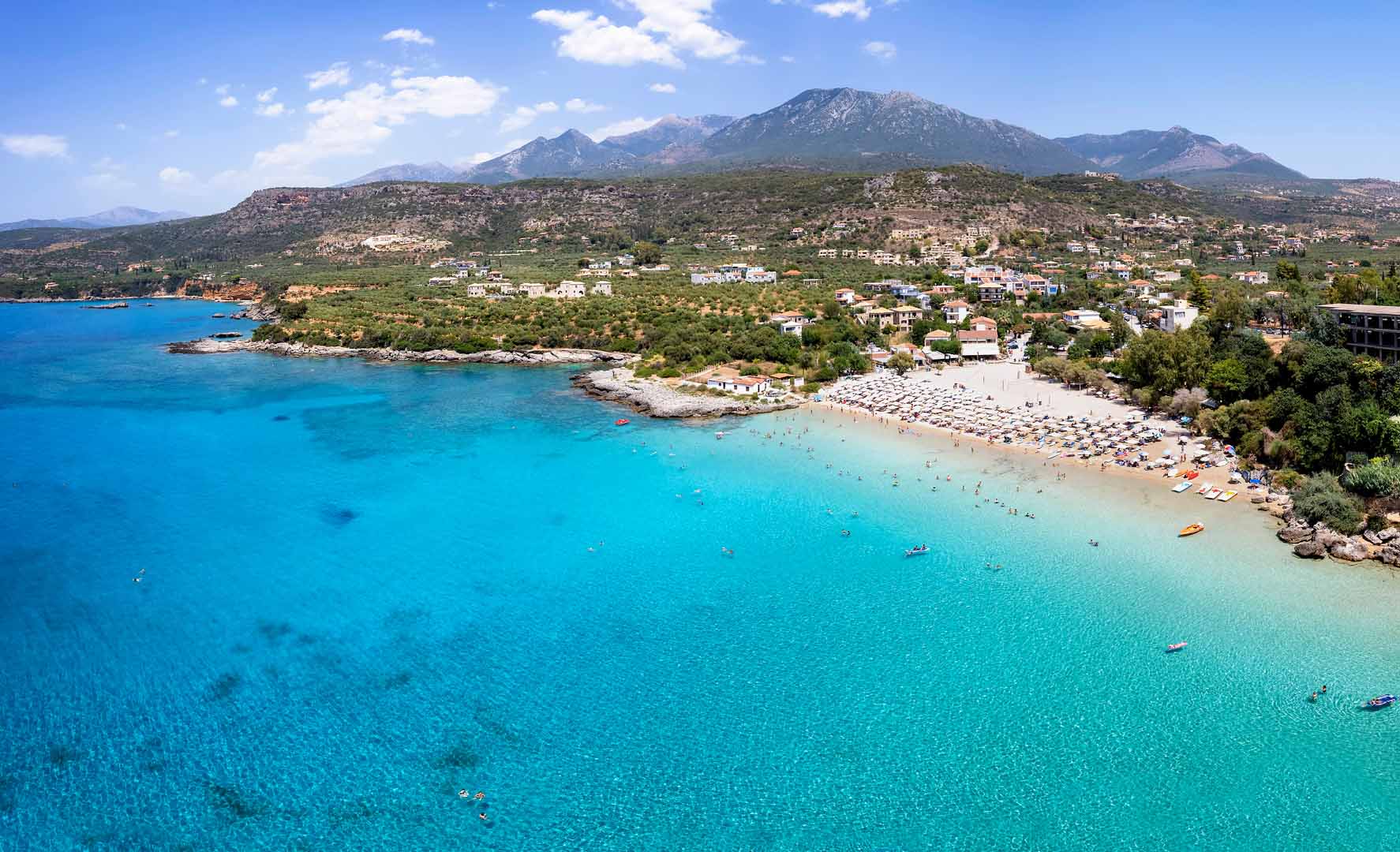 Stoupa is a seaside village of Messinian Mani, 45 km southeast of Kalamata.

Stoupa has great historical significance for the Peloponnese. On the east side of the village stands the castle, the citadel of the old town of Lefktron where the temple of the goddess Athena was built according to Pausanias.
At the time of the Franks, the castle was rebuilt and renamed Beaufort.

In later years, Stoupa inspired Nikos Kazantzakis and Alexis Zorbas, where the first was inspired and wrote the play “Life and Times of Alexis Zorbas”.

The village is characterized by its clear waters. It has two beaches. One is the homonymous beach of the village, the Stoupa beach, while the second is the famous Kalogria beach. In whichever you decide to go, you can be equipped with a mask to explore the beauty of the seabed.

Perhaps the most developed tourist village of its area as well as Messinia.

In Kynouria, at the classified historical and traditional settlement of Leonidio we have adapted our family mansion house, whose construction was completed in 1864, to a 4 stars boutique hotel. Our goal is to take back the visitor many years once he enters the areas of the mansion house, in order to have the opportunity to learn the history and the style of the land architecture, enjoying at the same time the luxuries and the comforts of today’s era. Each area of the mansion house is distinguished by its romantic and friendly atmosphere. The lobby area which can be used for relaxing moments with your drink or your coffee next to the fireplace is accompanied by quality music and the sounds of piano. The breakfast room has an imposing claustral table and the smaller tables in order to taste and enjoy the authentic traditional breakfast. The rooms have all their amenities starting from the delightful sleep and ending with the wired and wireless internet connection. The pool is sunshiny during the day and spectacular with its lighting at night. The hammam and the Spa can be used for relaxation and well being. At the internal areas of the hotel which are decorated […]

Enjoy beautiful views of the Valley of Alfeios River from your private balcony. Relax in your spacious room, appointed with marble floors and a lovely seating area. Benefit from free wireless internet access and breakfast included in your rate.