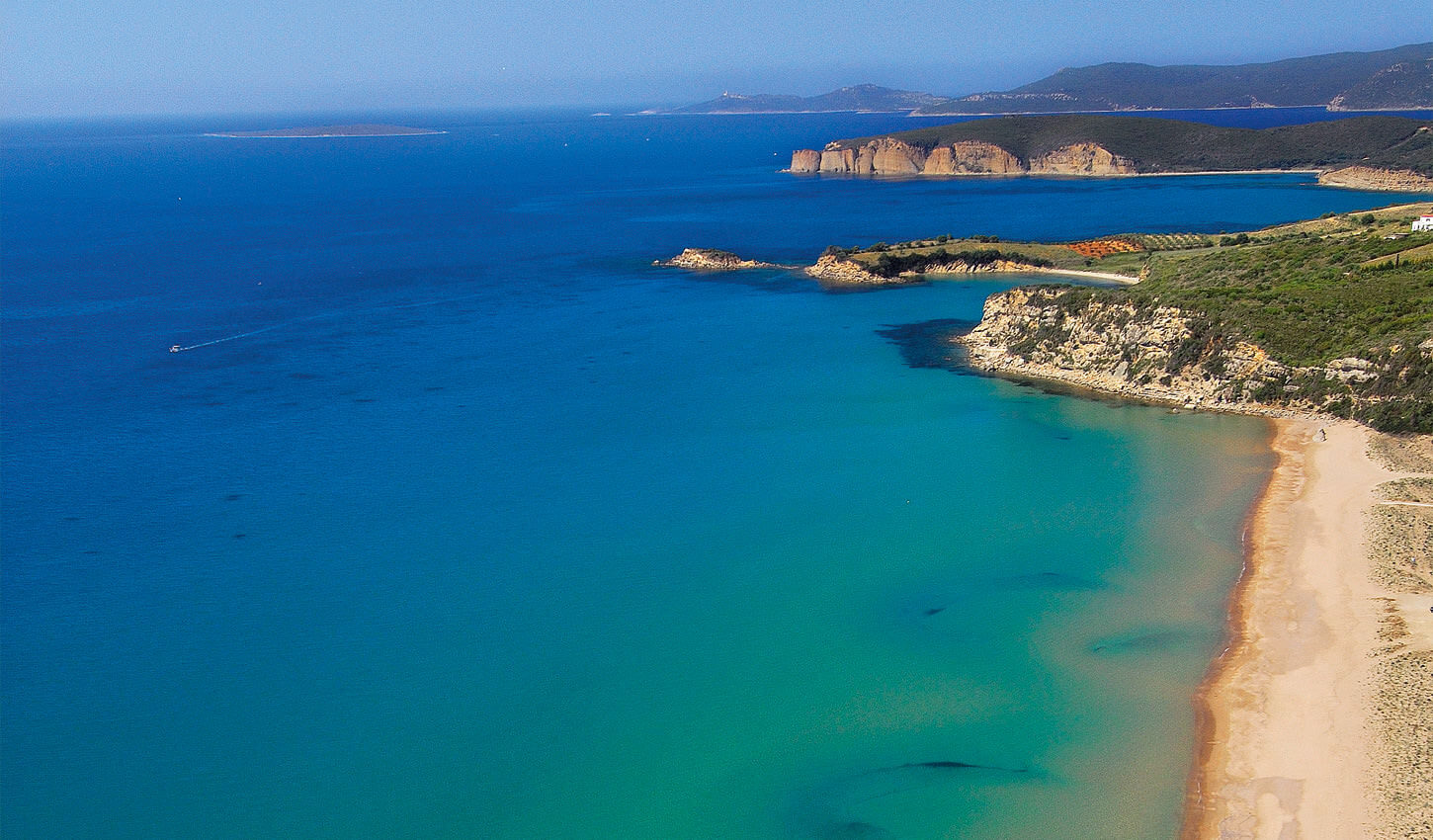 Finikounda is a coastal village of Messenia, which has developed into one of the most beautiful summer resorts of southern Peloponnese.

Belongs administratively to the municipality Methoni and has a population of approximately 700 residents. Located on almost halfway between Methoni and Koroni and 70 km from the capital of the prefecture, Kalamata.

The village is built at the head of a bay, exactly opposite the complex of Oinousses, that compose the Sapienza islands Schiza and Agia Mariani.

The name is considered to be due possibly to the Phoenicians, who as a sailor people landed on the coast of the Peloponnese and founded the present site Windmill Finikounda.

During the EH period was mainly shipping hub, and sometimes formed the base of pirates.

Finikounda is now one of the major tourist resorts of Messenia, combining harmonically mountain and sea. The attention of the visitors mainly attract the stunning sandy beaches with crystal clear waters.

Also, the picturesque landscape and the excellent tourist infrastructure have made Finikounda popular summer destination.

The Arapakis Historic Castle, a 200 years old castle in Lakonia district, is hidden in one of the most picturesque fortresses of Mani. It was carefully restored and now offers self-contained apartments, surrounded by olive trees in a breathtaking landscape.

Our Mansion is rebuilt on the old Byzantine foundations around 1750 and for hundreds of years continuous to be an impressive and majestic mansion that will not stay a moment forgotten by history, since it will host officials of the Ottoman Empire and, following the revolution, for 100 years ago, the historic family Ritsos. In 1926, during its conversion to oil mill, a small addition was built to the north and since acquired its current form. As oil mill operated until 1960 and recently in 2004-2008 renovated fully guided by absolute respect for tradition and history. Now, Liotrivi is a unique destination, full of absolute beauty and indeterminate historical value that gains the admiration of even the most well-traveled visitor. A variety of rooms and suites, all unique and individually decorated in their traditional status, fully harmonized with the environment, respecting the history of the Mansion but providing at the same time the temporary comforts of modern life, can offer you the opportunity to make your choice according to your requirements . Choose the one that charms you most and live a lifetime experience through our unique hospitality. Flavours that will delight you, plucked from traditional recipes of our town and from the purest ingredients of Laconic land, cooked […]

Olympia Golden Beach Resort & Spa is designed to be surrounded by water and not only from the stunning beach that lies in front of it , but also from 11 pools that are available to the guests all around the complex

In the area of Trikala Corinthia is located the Guesthouse Levanta. Seven houses, built of stone and wood, in harmony with the natural surroundings that offering magical views of mountains and the sea as well.