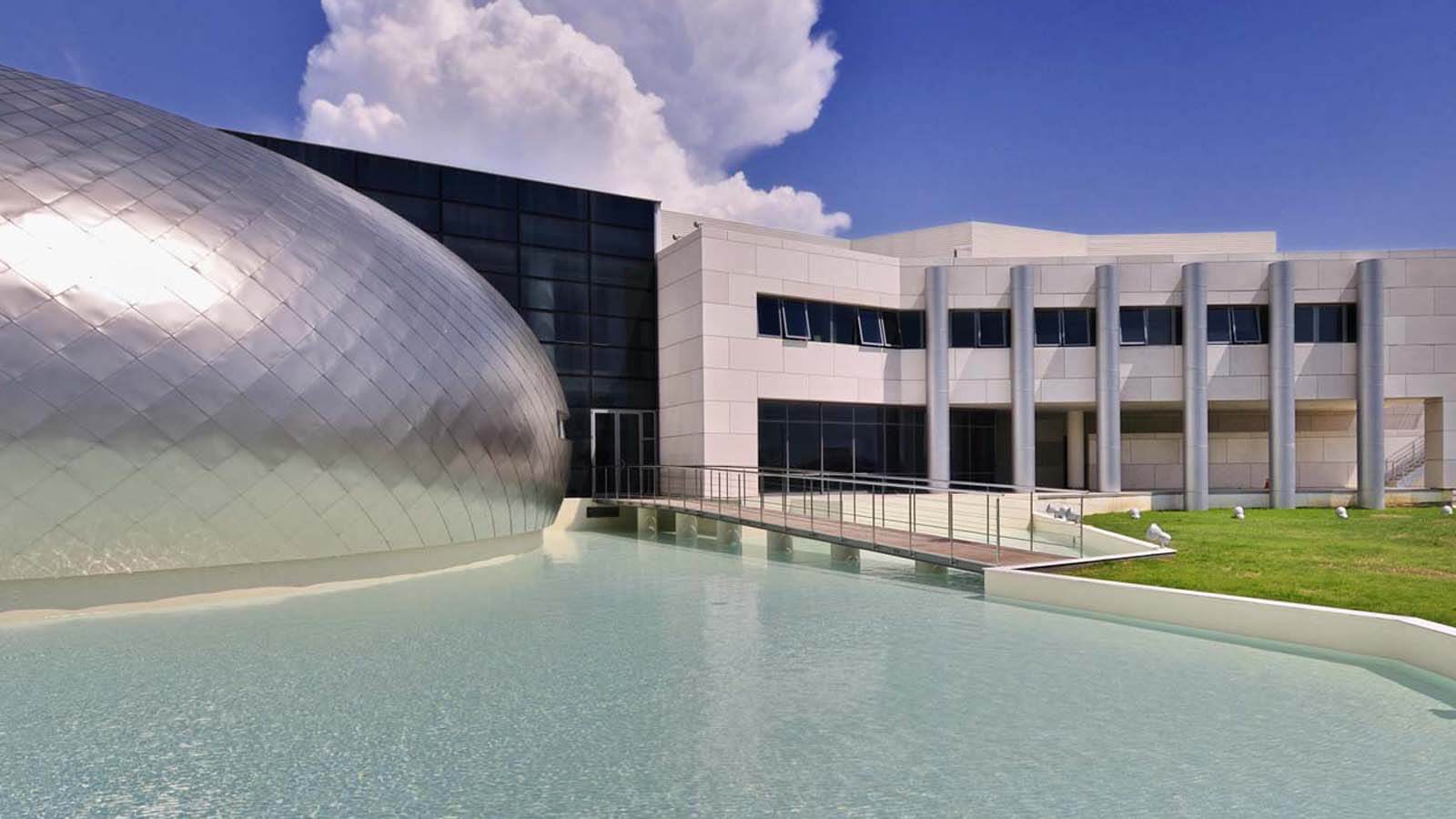 It houses collections about the history of Patras and the surrounding area from prehistory to the end of Roman times. Gifted by nature, Patras is nowadays a commercial hub and Greece’s third most important city.

The Archaeological Museum of Patras building stands at the north entrance to the city on the new Patras-Athens Motorway and is a model of architectural elegance. Its external appearance is in keeping with the surrounding area. In front of the building there is a spherical dome covered with sheets of titanium standing in an artificial pool, which represents Patras’s relationship with the water element.

It is modern, spacious, really interesting and has a distinct point of view, by presenting the archaeological finds of Achaia in a smart, fun and educative manner.

The exhibits reconstruct Patras’s long history dating back to prehistoric times. The museum follows the style of all modern museums of the world, which means that many of the exhibits are not “locked” inside window cases but are “liberated” so that all visitors of all ages can approach them within breathing distance. The findings are exhibited in such a way that the visitor can enjoy an experiential journey into the past. There are also video walls, with optical informative material, offering fascinating information.

The Archaeological Museum’s of Patras permanent exhibition is divided into three major themes, the Hall of Private Life, the chamber of the necropolis and the hall of public life. 1300 exhibits will unfold and depict all areas of human life, daily life, public administration and death. Splendid sculptures, like the stone statue of Athena, Mycenaean vessels and weapons, burial offerings and many other exhibits create a vivid picture of public, private and religious life in ancient Achaia

Thirides hotel is the ideal choice for organizing a christening or your wedding reception, and receiving your guests. With an elaborate, particularly elegant hall, as well as a properly configured outdoors by the pool and the gardens.

Our 5* hotel is magnificently located on its own beach in the rural area of Kandia, only 20 minutes drive from the beautiful town of Nafplion, 15 minutes from Tolo and 165km from Athens.

The restoration of the building that houses Grand Sarai was designed and executed by a construction company, which has more than 25 years of experience in building projects, public and private. The Grand Sarai offers light rooms with panoramic views of the Gulf of Argolis, the Old Town, and Palamidi. Each has a safe, LCD TV, minibar, internet connection, and telephone line. Each includes a fully equipped private bathroom. Their outer window frames are characteristic of the local traditional architecture. The multilingual staff will be happy to offer you information about the city and surrounding attractions. They are at your disposal 24 hours a day. Breakfast is served in the spacious and light breakfast room and includes hot and cold dishes, aromatic coffee and fresh juices. A lounge and a bar with atmospheric décor are also featured. The historic Syntagma Square of Nafplio, the waterfront overlooking Bourtzi and the scenic bars and taverns are all within 5 minutes’ walk. Free, public parking can be found at 50 and 200 m from Grand Sarai.