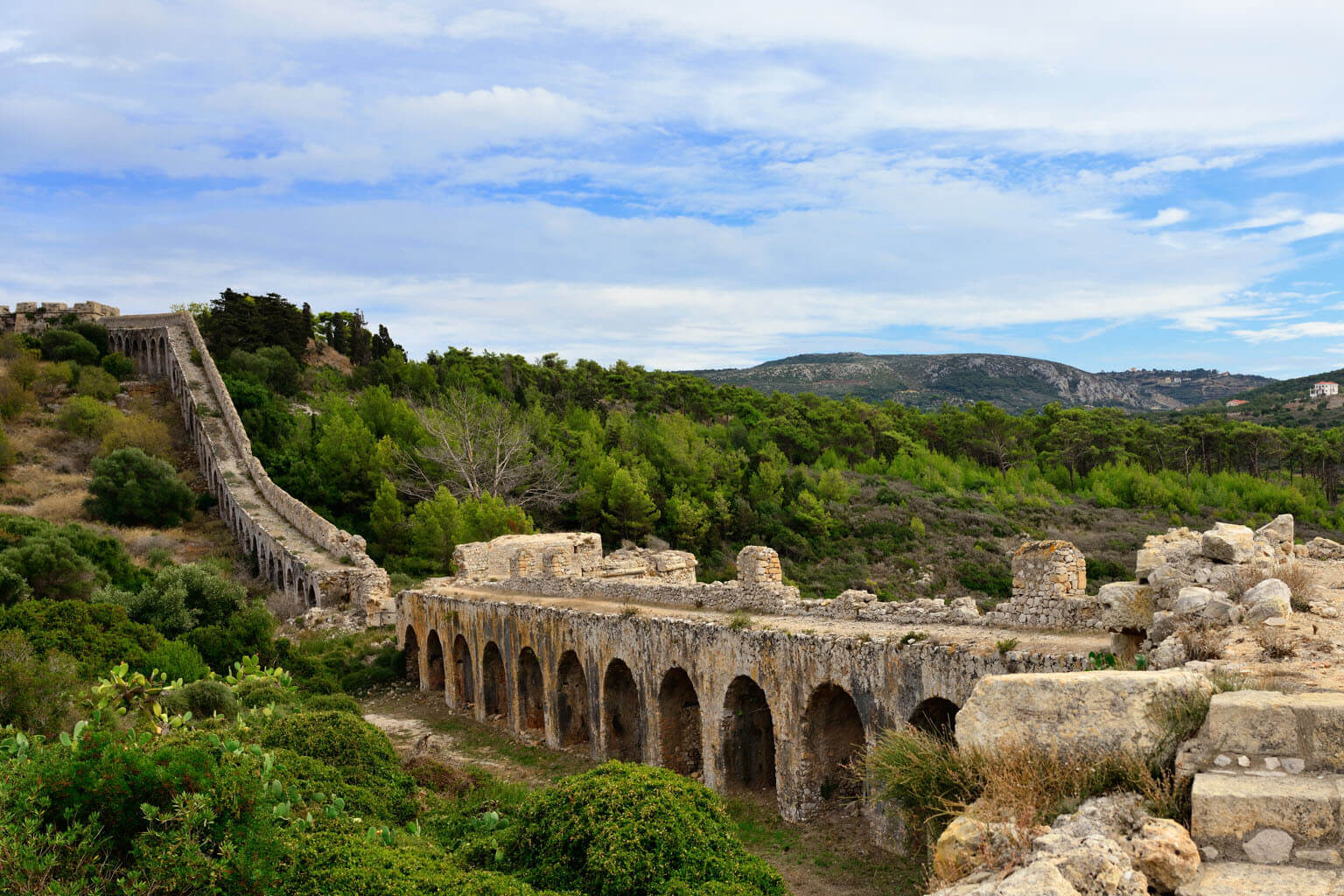 The fort Niokastro built by the Ottoman Turks in 1573, after their defeat at the Battle of Lepanto, to protect the south entrance of the bay of Navarino and control the commercial sea route from East to West and vice versa.

The 1686-1715 was under Venetian rule, and in 1770 was captured by the brothers Orloff. In 1821, the Greeks conquered Niokastro and maintained until 1825, when after vigorous resistance was delivered to Ibrahim.

The bay of Navarino, in October 1827 the fleets of the Great Powers of the time fight a battle and defeated Ibrahim to force him to stop looting in Moria.

After 1830 the new town was named in extramural; euphemism “Pylos”, the castle was abandoned and the citadel area turned into prisons. The Neokastro or New Navarino, as named in comparison with the Old Navarino, was built at a time when the conduct of defensive and offensive warfare using firearms.

The walls were thick, to withstand cannon, low, to prevent the goal of missile and inclined, to be softer the impact, and reinforced with powerful bastions.

The two most important bastions located on the sea side (the so-called Seventh and Santa Maria) and protected the entrance to the port. At the highest and most vulnerable point of the castle, the citadel was built, which was reinforced with anhydrous moat outside six pentagonal bastions and almost sixty cannons on the ramparts.

Impressive is the southern wall of the castle, the so-called Great Verga, linking the citadel to the Seventh. The entrance to the castle was from the southeast side, where the imposing gate stands the “scalding”.

Inside the castle only one finds the ruins of houses and public buildings, and the imposing mosque, which the release was converted to the Orthodox Church of the Transfiguration.

The position of Lazareto, standing just at the bottleneck of Monemvasia rock, as well as its amphitheatrical layout, grant superb panoramic sea views from its balconies, verandas, gardens and most of its rooms.

Seleni Suites Boutique Deluxe Hotel – named after the Ancient Greek word for Helen – was created in Vytina of Arcadia with the aspiration of becoming a point of reference.